Google Camera v4.4, which first popped up in a recent Android O Developer Preview, is now publicly available on the Play Store. The new release brings front-facing selfie flash (via your screen), double tap to zoom, a toggle button for photos/video, and a slightly larger-looking shutter button. These are all small changes, but they do each give you another way to do things in the app, and choice is always good.

We covered the 4.4 release when it came out via the developer previews, and it was just a matter of time until it finally hit everyone else. Individually none of the changes are that noticeable (and even together you'd probably not notice a difference), but they do add some useful behavior. Now that there is a visible toggle for switching between photos and videos, it'll be a bit easier to swap between the two. The older swiping gesture still works, but it wasn't the most intuitive method. 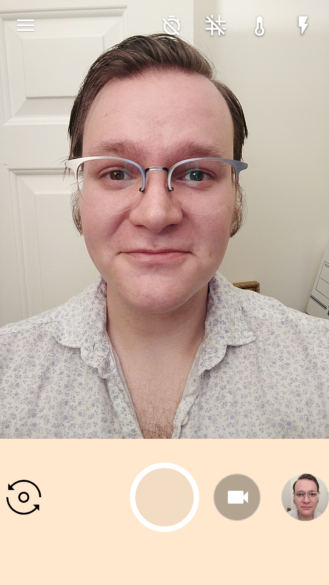 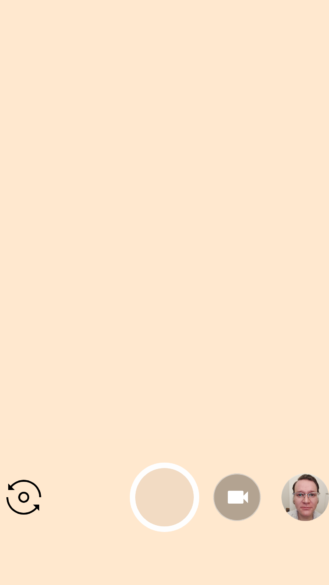 The warm glow of narcissism.

Originally we thought this was new, but it turns out it was in 4.3 and it flew under our radar. Selfie-flash might come in handy in poorly-lit circumstances, though your screen might not be able to produce enough light to make much of a difference. At a minimum, though, it does make everything nice and creamy. Just be sure to enable flash to use it.

We also didn't notice it when we first gave 4.4 a try, but there's a new double-tap to zoom feature. Just make a couple quick taps in succession on the image preview, and you'll have an automatic 50% zoom. Do it again to zoom back out. You can also see that the ratio of white to gray in the capture button has been tweaked a bit. 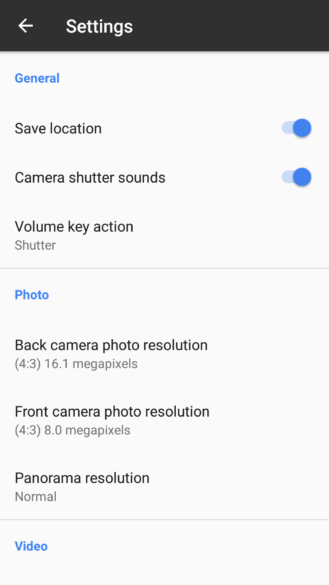 It's worth noting that none of the versions since 4.2 appear to have supported 32-bit architectures, so if you're running something pre-Snapdragon 808/810, you're out of luck.

The listing on Google Play doesn't show up on a search outside a supported device, but we've got a link for you here. This also breaks the Play Store widget below, though the "Go to store" link should still work. Keep in mind that the Google Camera app can wonk-out on unsupported devices, and if you have a non-Nexus/Pixel device, it probably won't pull the same quality that the OEM camera app does.

It looks like the selfie-flash actually originated in 4.3, though we missed coverage for it. Since it's still a newish feature we didn't cover before, that section will remain, but the article has been updated to reflect that it isn't unique to 4.4.