Fitbit took mercy on Pebble last year, acquiring parts of the company when it came crashing down last year. While Fitbit isn't building any more Pebbles, it is in the process of creating a new Fitbit smartwatch. A few images have leaked before, but the latest round of leaks show this watch off from every (ugly) angle.

Taste is subjective, and some people might really like the way this watch looks. However, an informal poll of the AP staff resulted in a status of "uggo to the max." The watch looks a bit like the current Fitbit Blaze fitness tracker, but without as many blocky angles and corners. It's actually a bit reminiscent of Samsung's older watches. 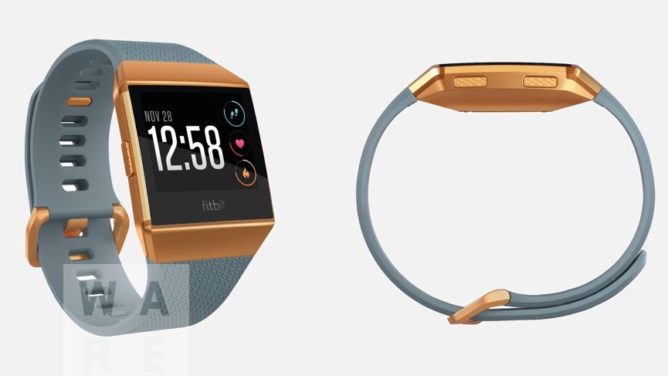 The underside is what's truly interesting about these leaks. According to Wearable, Fitbit has long used green optical sensors to measure heart rate. However, the module on the underside of this watch has two red sensors and a blue one. That indicates it could have infrared heart rate monitoring, which is more accurate. The blue sensor could be a pulse oximeter for measuring oxygen levels in the blood. This could give it an edge over other smartwatches that struggle just to give you an accurate heart rate reading.

That's all speculation at this point. All we can say for sure right now is that the Fitbit watch is ugly.

Developer Preview 5 of Android Things OS is out, now based on Android O