Slowly but surely, it seems like almost every Samsung app is making its way to the Play Store. The latest application to start delivering updates via Google's service is the Samsung Keyboard, which appeared in a listing on the Play Store just yesterday. Consumers with Samsung phones like the Galaxy S8 and S8+ can look forward to receiving updates for the keyboard via Google Play.

Samsung Keyboard, as the name might suggest, is the keyboard application developed by Samsung for use on the company's phones. It has an extensive feature list, too, with support for over 80 languages, predictive input, handwriting recognition, text shortcuts for commonly used phrases, different key configurations based on input window type, adjustable layouts including a split-keyboard, and cloud backup and restore for keyboard settings. It's also got all the basics you'd expect from a keyboard, like autocorrect, voice input, emojis, swipe support, etc. The current version listed, 2.0.21.26, doesn't have a particularly verbose changelog attached to it, just the usual "bug fixes and improvements" most apps include for minor changes. The move to the Play Store isn't a surprising one, Samsung has been slowly bringing apps over to it for a while, now. The ease of delivering app updates through Google's service is just too great to ignore, and that way Samsung doesn't have to run their own updating service or rely on OTAs.

The Samsung Keyboard is a polarizing subject. A fair number of us here at Android Police aren't the biggest fans of the app, but we do know people who swear by it. As you'd expect, the app is still an exclusive for Samsung devices. Other phones or tablets by other manufacturers won't be able to download the application via the Play Store listing. I was able to sideload this recent version of the Samsung Keyboard onto my OnePlus 3, but even then it failed to work correctly.

If you have a Samsung phone, the keyboard app is up on the Play Store now. Devices running an older version should be able to update to this recent release there. The adventurous can also give things a try over at APK Mirror. But, if you don't have a Samsung phone, I wouldn't bet on much success. 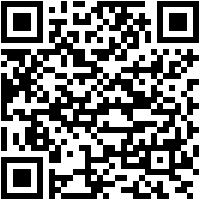 Google Calendar is getting features to better manage large events