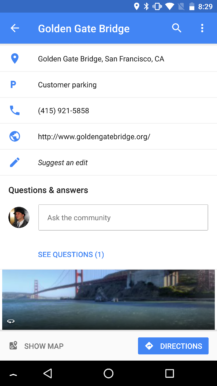 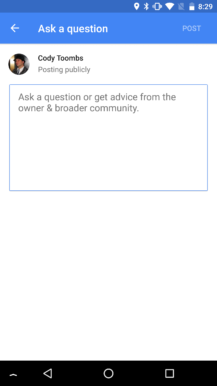 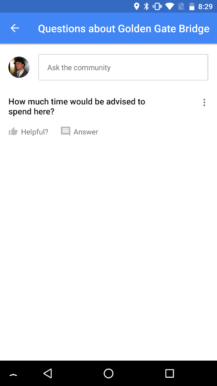 The v9.58 update to Google Maps brought with it a promise of a new Q&A section that would allow users to ask direct questions about a location and hopefully get back some useful responses from others that have been there before. A couple weeks later and it's now live.

You can find the new section between the detail block (e.g. phone number, address, etc) and photos of the location, so it's close enough to the top that a lot of people should notice it pretty easily. Naturally, there haven't been too many questions yet, but that will surely change as more people update to v9.59. 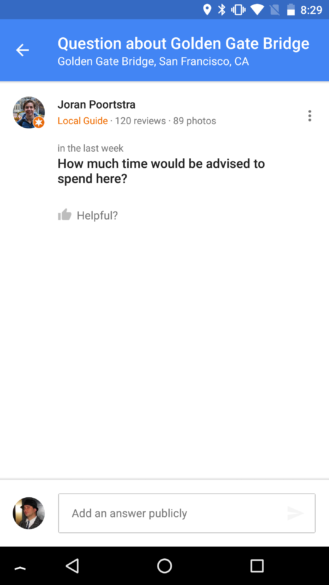 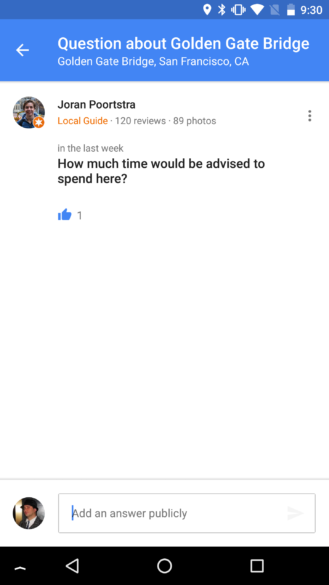 The screens show about all there is to see in Q&A. You can browse a list of questions, and either answer them or ask your own. Questions and answers can also be marked as helpful, which basically gives them votes and likely increases their visibility. 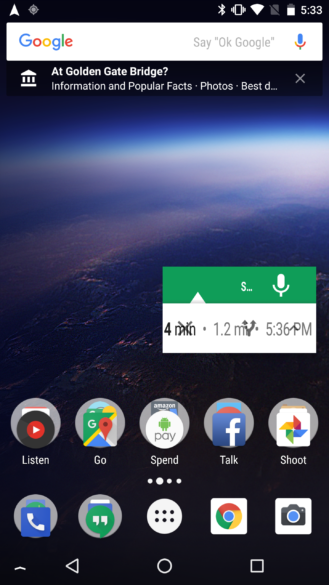 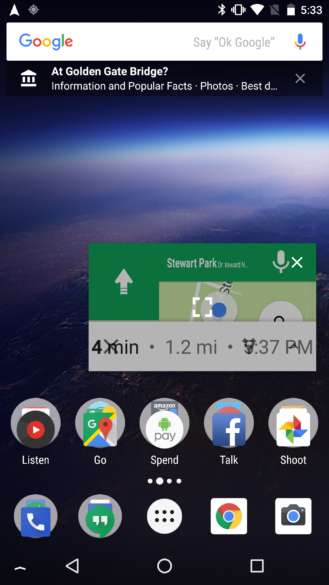 One of the great improvements in Android O was the expansion of Picture-in-Picture mode to phones and tablets (it was previously limited to just Android TV). While we mostly expect to see this implemented in video players like YouTube, there are other apps that can take advantage of a miniature form factor, as well. Maps will be one of the first to jump on that train. The latest version adds PiP support on Android O, allowing users to minimize it to a tiny floating window.

Unfortunately, the feature is pretty buggy at the moment, and doesn't even appear to be complete. The window itself is an awkwardly smooshed together grouping of whatever elements were on the screen when you went into PiP mode. During navigation, that includes the time until arrival, distance, and estimated time of arrival; but all of that is disrupted by multiple icons that overdraw the numbers and it's all mashed into the lower half of the window by the big green title bar with a microphone icon. Note, PiP mode makes the app controls non-interactive, so the mic wouldn't work even if it was intended to be there. In any other mode, the PiP window is effectively useless. Tapping on the window does temporarily expand it to a larger frame, and in navigation mode, it's almost useful.

Based on a line from the teardown, it's pretty clear Maps intends to do more with PiP mode, like showing when you've arrived at a destination, but there are clearly a lot of things left to do before it's ready. Nevertheless, it's an interesting feature and may have some great uses ahead of it. Obviously, you shouldn't be activating PiP mode as the driver, at least not unless the vehicle is stopped, but it makes a lot of sense for people riding public transport, or even just those in the passenger seat helping to navigate.

Have you ever wondered what your average speed is when you drive, how far you've gone, or how much time you've spent in traffic? The team at Google Maps knows those details and thinks you might want to know them too. A new option in the navigation settings screen enables Maps to keep track of that information and give you a monthly card with all of your general statistics. 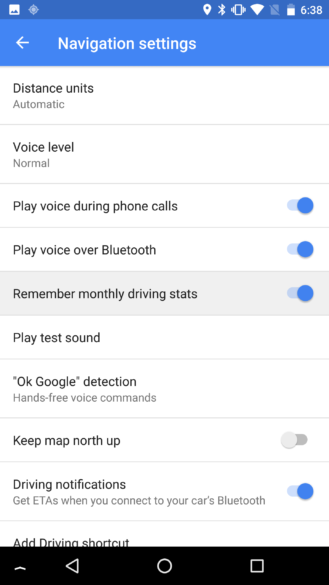 The setting is enabled by default, but since it was only added in this version, there isn't a card to look at quite yet. For those that might be curious, here are the details that will definitely appear, though there may be more shown when it launches.

As the text points out, turning off your driving stats will erase your existing stats history. 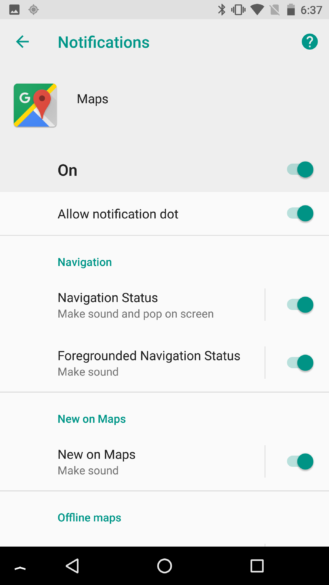 Maps is probably going to be the undisputed record holder for having the most notification channels for quite some time to come, and given the many functions they serve, that's no surprise. Two additional channels have been added that give users some control over notifications that appear as part of navigation mode. One is for the times when navigation is in the foreground and visible, the other is for those times that it is running in the background while another app is on the screen. Basically, you can now control just how much you want these notifications to interrupt you in the event that you're coming up to a turn.