Back at Google I/O, Google promised that the Home smart speaker would arrive in five more countries (it was already available in the US and UK). Since then, it has come to every planned region except Germany and Japan. Now the speaker has showed up for sale on the German Google Store for 149 Euros.

Google previously said that the smart speaker would arrive in Deutschland on August 8, and as expected, it has gone on sale today. For comparison, Amazon's Echo speaker arrived in the country in September of last year and usually costs €179.99 (though it's on sale right now for €129). 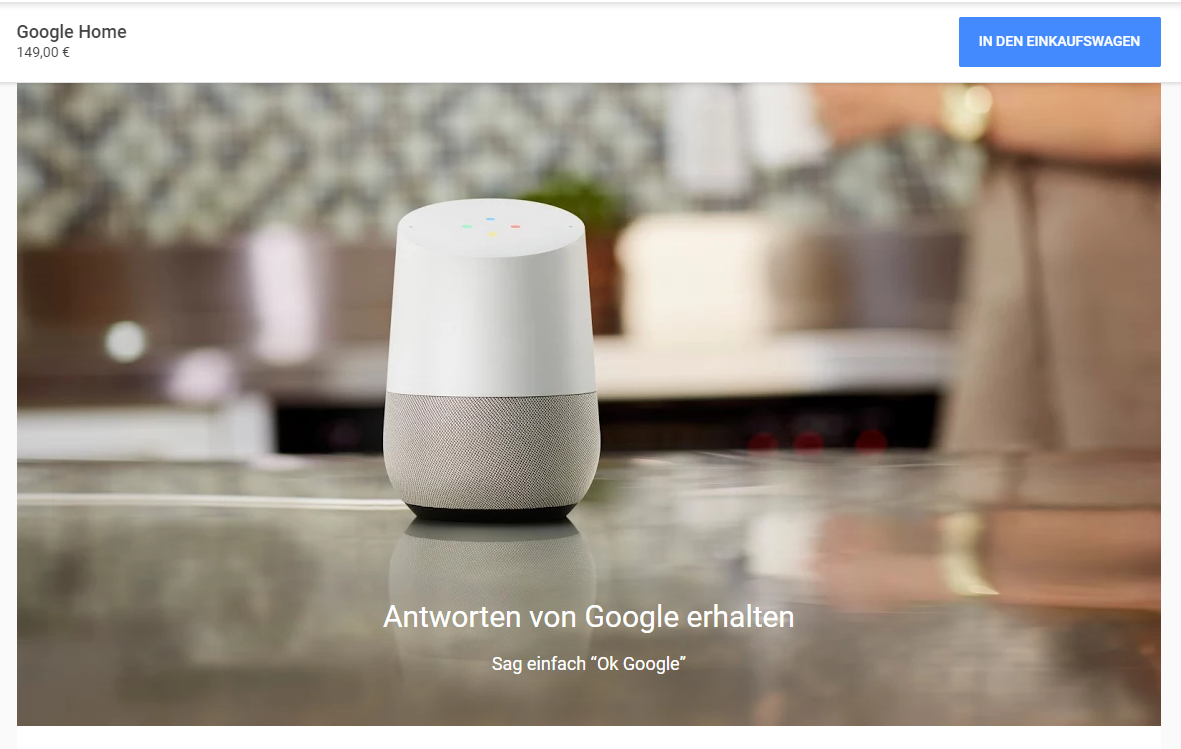 If you live in Germany, you can grab a Google Home from the source link below. Keep in mind that some functionality may be different between Homes in different countries. For example, multi-user support took a few months to arrive in the United Kindom.