A few real-world pictures of Samsung's latest stylus-driven flagship have leaked, courtesy of the folks at MyEveryDayTech.com. Though the images were taken down, SlashLeaks was able to grab them for posterity. Interested parties can feast their eyes on the grainy and pixelated images of an actual Galaxy Note8. 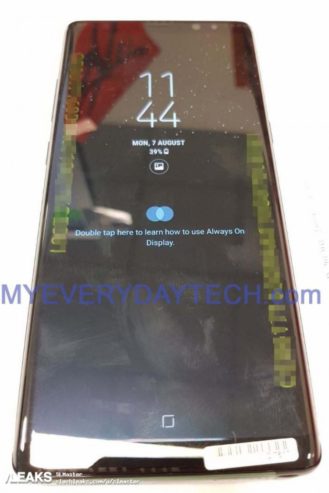 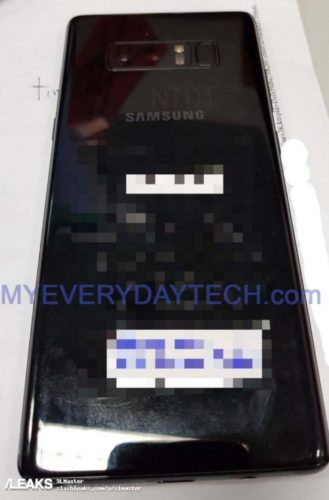 As you can see, it's a phone, and it probably comes in black. It also looks to have the same virtual home button setup that the Galaxy S8 and S8+ do. So far all the details seem to corroborate the previous leaks. Again, like the S8/+ before it, the fingerprint scanner is in a terrible location, off-center on the back next to the camera

It's worth noting again that the Note8 has a dual-camera setup. We'll have to wait and see how it performs, though. I hope that it ends up using a color and monochrome combination, but with the direction most recent phones have taken, one of the two cameras will likely end up being at a fixed zoom.

Although the design language is the same, there are some notable differences between the S8 line and the Note8, especially with the radius of the corners. The bezels above and below the screen also look to be just a tiny bit smaller. 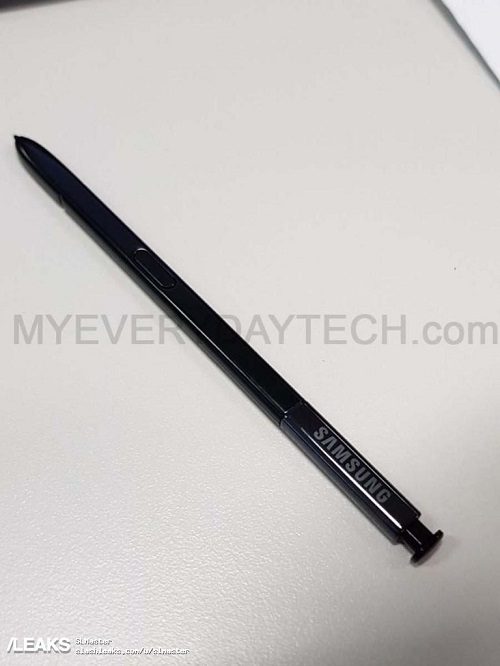 The Note8 should be just a little larger than the Galaxy S8+, at 6.3". That might seem to make it redundant, but the biggest reason to consider the Note8 over the Galaxy s8+ is the S Pen stylus. Samsung's digitizer works wonders with it. Using any old stylus on another phone isn't the same sort of experience as the S Pen on a Galaxy Note device, and I know plenty of people that swear by it. The Galaxy Note8 stylus pictured above looks basically identical to the S Pen from the Note7, with the same buttons on both the side and top of the stylus.

After the dumpster fire that was the Note7, Samsung has a lot to prove to customers. I hope the Note8 is able to smooth consumer fears related to the product line. And with the Samsung Unpacked event set for August 23rd, we won't have too long to wait and see.