It's been a while since LG launched a new tablet, but there have been rumblings about an updated GPad for some time now. Well, T-Mobile just spilled the beans by posting a support page for the LG GPad X2 8.0 Plus. Yes, that's really the name. It's a typical mid-range device, but it'll have an optional dock accessory.

T-Mobile's support page is obviously incomplete, but it has some basic info and pictures. The LG GPad X2 8.0 Plus will have an 8-inch 1920x1200 screen, 5MP front and rear cameras, an octa-core 1.4GHz processor, 32GB of storage, and 2GB of RAM. It'll launch with Android 7.0, probably just in time for Android O to come out. Since this is a T-Mobile device, it also has LTE. 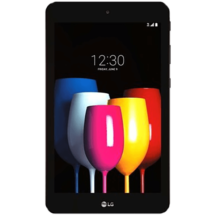 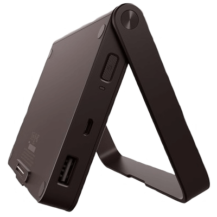 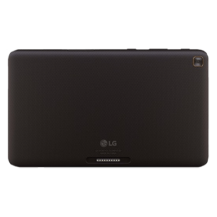 Despite looking like a very mundane tablet at first, the LG GPad X2 8.0 Plus spices things up with a dock called the Gpad Pack Plus, as described in a previous leak. It's basically a stand with a built-in 4,400mAh battery, a USB port, and stereo speakers. You can see on the back of the tablet where it connects to a series of pogo pins. Interesting, but probably not something that'll be in high demand. We don't know when this device will launch yet or how much it'll cost.

[Update: Winners] Win one of 10 free codes for the Humble Mobile Puzzles Bundle