This might be one of the best prices we've ever seen for the Pixel outside a refurbished unit, or a carrier deal like the one a few weeks back. $569 for a new Pixel XL is quite a good price, that's $200 off. The smaller Pixel at $524 is just a $125 savings, though. Both come with a free Daydream View if you remember to add one to your cart before checking out. If the price is tempting, keep in mind that the current generation's successor is on the horizon, and nearly half of the Pixel's two years of major Android version updates has been spent. 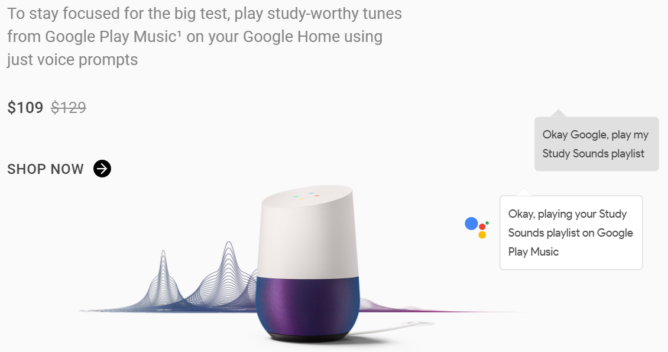 The Google Home deal isn't too great. We've seen better, and these $20 off promotions run somewhat regularly. But if you were looking to pick one up now, the extra few bucks you'd save by waiting might not be worth it compared to the use you'd get from it. The same type of value applies to the LG Style promotion. The $199 price tag for LG's Android Wear watch at the Google Store doesn't have quite the same appeal that the current deals around $149.99 on eBay do. 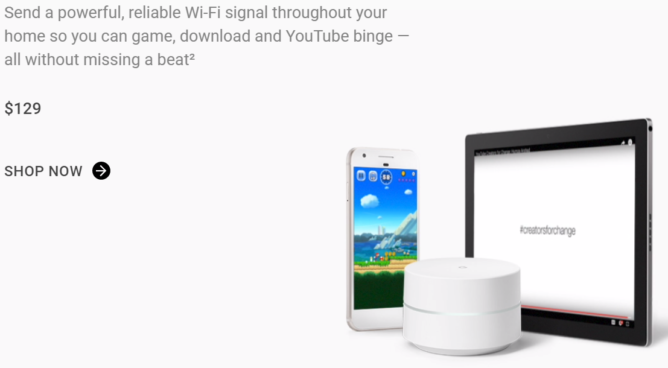 Both of the OnHub routers present a good value at $99, though. That's likely a tie for the best price we've seen, and far better than the sales that usually happen at the Google Store. Now might be a good time to grab one if you've been eyeing it. Most of the complaints against the OnHub in our review have been addressed by now, and it is one of the easiest setups out there. Should a wider area of coverage be more to your interests, the Google Store does also have a promotion running for the Google Wifi. Unlike the others deals, there isn't any discount, but you do get a promo code for a free Chromecast Audio with your purchase. That's a $35 savings if you had already intended to buy both. 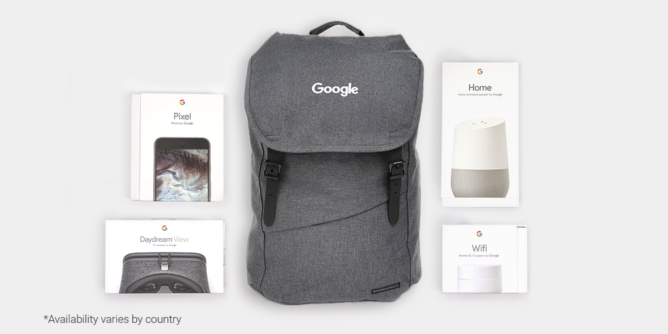 There are some terms and conditions related to combining offers and returns/refunds that you'll want to check out for each promotion, but it's about what you'd expect. And keep in mind that this back to school sale is a limited-time offer. Though there isn't any expiration date set in the terms, Google could cut these promotions at any time, and stock for some items (like the Pixels) might not last. If you're interested in any of these gadgets, you'll want to decide quickly.

After a short hiatus, BLU phones are back on Amazon