One of the bigger drawbacks reviewers noticed with the OnePlus 5 was the lack of image stabilization when recording video in 4K. Well, as of today that's one problem the OnePlus 5 doesn't have anymore. Right now a staged rollout is progressing for OxygenOS 4.5.7, which brings with it EIS for 4K recording (which looks amazing), as well as a handful of bug fixes, optimizations, security patch updates, and a new font.

4K video might consume a ton of space, but each model of the OnePlus does ship with quite a lot, so the lack of stabilization was a problem that many were likely to experience. It might not be a physical, optical system, but EIS is pretty decent these days, and it's certainly better than nothing. 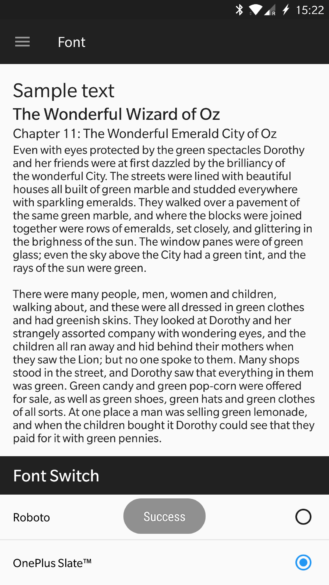 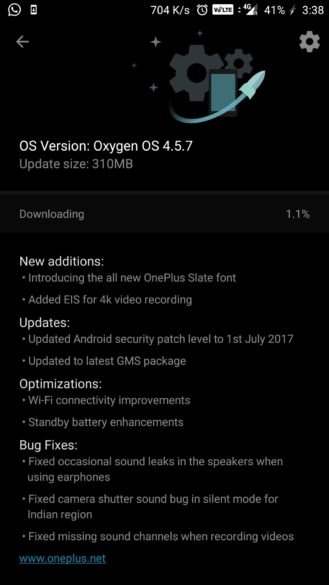 The new font isn't too crazy, either. It bears a lot of similarity to Roboto, which is probably a good move since Roboto is well designed. Generally, I find most of the alternative fonts OEMs provide with their ROMs/skins to be pretty garish, but OnePlus' Slate is entirely inoffensive. I don't think I'd object to using it, myself.

Other small changes include an update to the July 1st security patches, the latest Google apps, Wifi and standby improvements, and bugfixes for sound in a variety of circumstances, such as the camera shutter and missing audio channels in video recording. The update clocks in at around 310MB, so you might want to be on WiFi for this one.

As with all OnePlus OTAs, it might take some time for it to hit your device. But, if you can't wait, there's usually a pretty easy way to trigger things early. If you can connect to a VPN with an exit in Germany, checking for updates at that point will usually trigger the download, even if you then disconnect from the VPN.

The full changelog is below:

It looks like 4.5.7 had some problems and got pulled. But, 4.5.8 has all these same fixes and features, but presumably without whatever problems halted deployment. This new update should be rolling out soon. If you want to download it early, the same process described above should work.

[Deal Alert] Best Buy has huge discounts on Amazon products, including Echo for $89.99 and Echo ...