A new version of the Google Play Store began rolling out earlier today with few, if any noticeable changes. However, if you're running the Android O previews on any devices, there will be one change to look forward to: Notification Channels. The latest version brings five distinct channels for customization, including: Security and Maintenance, Updated Apps, App Updates Available, Account Alerts, and High Priority. Now we can make a few more decisions about which notifications we want to see and if they matter more or less than the developers thought they should. 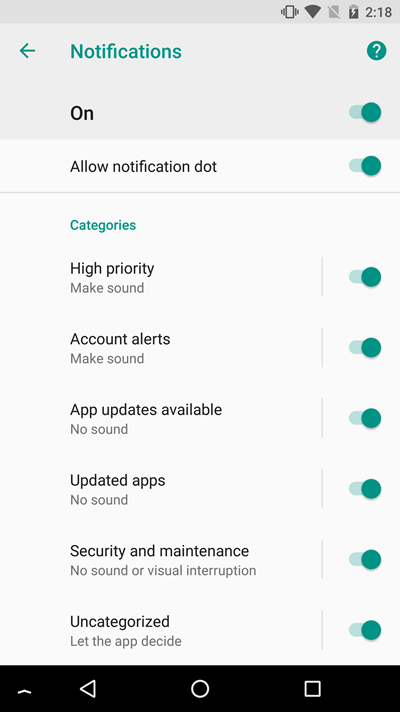 The notification channels don't replace the recently added Notifications page in Settings; and it may actually confuse the situation a bit because the Updates and Auto-Updates switches are essentially redundant while Pre-Registration and Deals would seem to be uniquely available within this page, or perhaps they are bundled together with other types of notifications in with the Account Alerts channel. 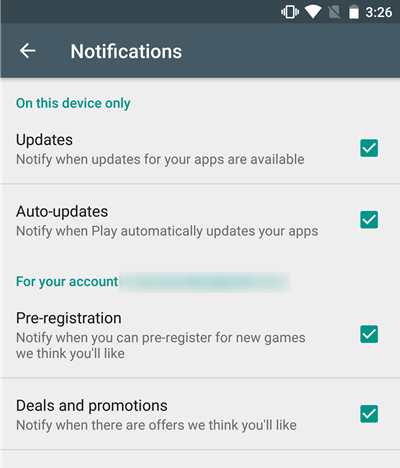 The final release of Android O is coming up shortly and most of Google's core apps have already received a set of custom notification channels. Among the high profile apps, it looks like only Google+, Inbox, and Hangouts remain; though there are some lesser-known apps that also deserve attention.

This was the only notable change spotted so far in this update, but there may still be something else buried in a corner somewhere. And as always, Google may choose to activate any number of tweaks and features remotely. If you see anything else, let us know in the comments or send in a tip.