Game developer Arnold Rauers and his studio TiNYTOUCHTALES have gained a worthy reputation for great game design. Card Crawl and Card Thief have received numerous plaudits from critics and gamers alike. Their latest title, Miracle Merchant, is already creating a buzz since it was released on the Play Store yesterday, with an impressive rating of 4.8 stars from 17 reviews, at the time of writing.

15 of those users gave it 5 stars, with the only criticisms from the other 2 reviewers being battery drain and difficulty level, but they still praised the gameplay. It's clear this game has a lot of good things going for it. The solitaire style mechanics will be familiar to users of previous games from the developer, but the goal this time around is to brew potions from decks of randomly generated ingredient cards. With each game lasting 2-3 minutes, it's perfect for those brief stolen moments. 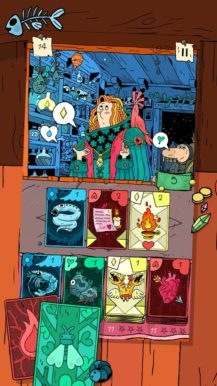 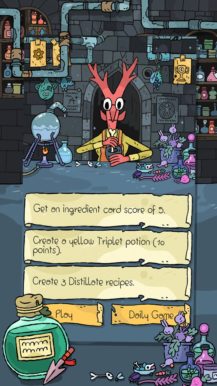 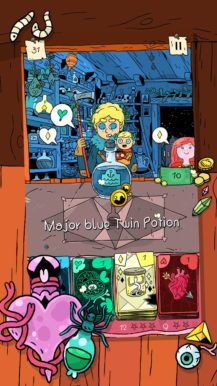 To keep things fresh there will be daily tasks, and leaderboards will allow you to compare your alchemy skills with friends and other gamers. I've really enjoyed my brief time playing it so far, the gameplay is compelling without being too challenging, and the artwork is great. All in all, it's a very polished game and definitely worth trying, particularly for the low price of nothing at all. There are IAPs (costing £1.69 each here in the UK) but I've not come across them yet, so I'm not sure what they're for.

If you'd like to check Miracle Merchants out, grab it from the Play Store link below. Google will now allow real-money gambling apps on the Play Store in the UK, Ireland, and France