While this 18 minute gameplay trailer should give you a good idea what to expect out of EGGLIA: Legend of the Redcap, I would like to highlight some of the more interesting bits about this release below.

First off, EGGLIA: Legend of the Redcap is a premium game. Sure, some may consider the $9.99 price tag a bit much without a demo, but so far all reviews have been positive. Heck, when the game released in Japan this last April it sat at #2 in the charts for the first month. For a premium game with an upfront pricing model that is pretty impressive. 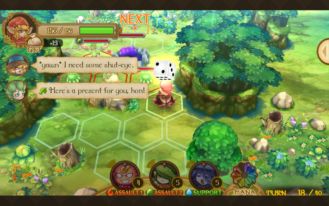 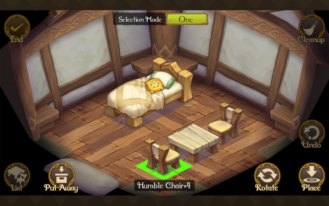 As for the gameplay, EGGLIA: Legend of the Redcap apparently uses a turn-based RPG system that relies on dice rolls. Essentially you move along a hexagonal grid while gathering resources and fighting monsters by way of a turn-based dice combat system. The premise is that it's your job to uncover a series of mythical eggs that can be hatched to unlock different lands. As you explore these differing lands, you will meet a host of companions that will eventually take residence in your very own village. This is where the game's home decorating aspects come into play, which should give you a pleasant break from fighting by allowing you to decorate your village to your liking.

If you are a fan of classic JRPGs, especially those in the Mana or SaGa series, then you should feel right at home with EGGLIA: Legend of the Redcap. Just remember that all good games come with a cost, and if this were any other platform $9.99 for a new JRPG wouldn't be all that much to ask at all. Samsung Leader 8 is a flip phone with flagship smartphone specs