Sitting on my desk is currently the third pair of Satellite headphones Blue Microphone has shipped me since the company first sent them. In May. It's been a long time coming, and I'll let you know why, but our review is finally here, months later. Unfortunately, even with this third and final refined pair, I just can't recommend Blue's attempt at a premium wireless headphone. It's too compromised, too dated, and too expensive to justify.

To be clear, I've loved Blue's headphones to dates - the MoFis, Ellas, and Lolas all impressed me. In particular, Blue's efforts to integrate high-quality analog amplifiers directly into its headphones (aside from the fully-passive Lolas) have been of great interest to me, and I've generally been very satisfied with the results.

Unfortunately, Blue's attempt to enter the world of wireless audio just feels behind the times, and not only that, the Satellites are simply not a fantastic pair of Bluetooth headphones. They're good, but when the bar is being set at "great" by companies like Bose, the Satellites come up short in several key ways. 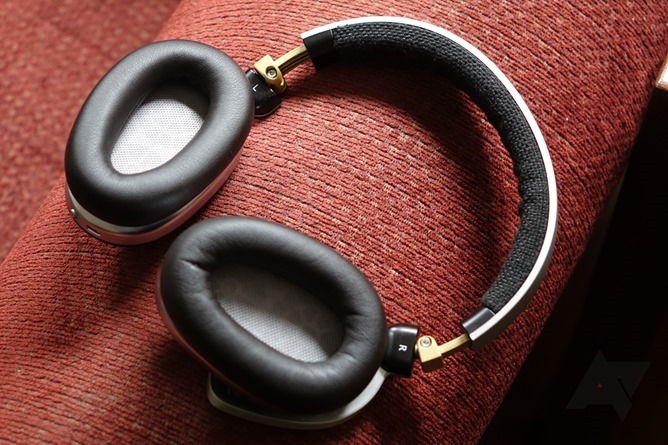 A marked departure from Blue's previous headphones aesthetically, I love the way the Satellites look. Blue's retro-future analog style is on full display with the Satellites, and I can safely say they look like no other wireless headphone. From the extensive use of metal and the super sweet tweet headband fabric to the iconic Blue logo on the exterior of the earpieces (which light up when the headphones are on), there's just something that does it for me about these headphones. I think I'd like them even better in the white and brown color combo for the maximum retro factor.

The fit, now that Blue has made changes, is pretty solid. The first two pairs of Satellites Blue sent me were extremely uncomfortable - the headband was exceptionally tight, and wouldn't ease up much even after hours of wear. I apparently wasn't the only one with this feedback. Within a month or so, Blue had implemented a change in its manufacturing process to greatly reduce the tension in the headband, and now I find the Satellites to be wearable for a decent chunk of time. They still eventually press into the arms of my glasses, though, and so anything more than a couple of hours with these on did still hurt. They're also really heavy - the Satellites weigh in at a slightly astonishing 381 grams. That's well over 50% heavier than the Bose QC35s, and I found neck fatigue was a real issue with the Satellites as a result. 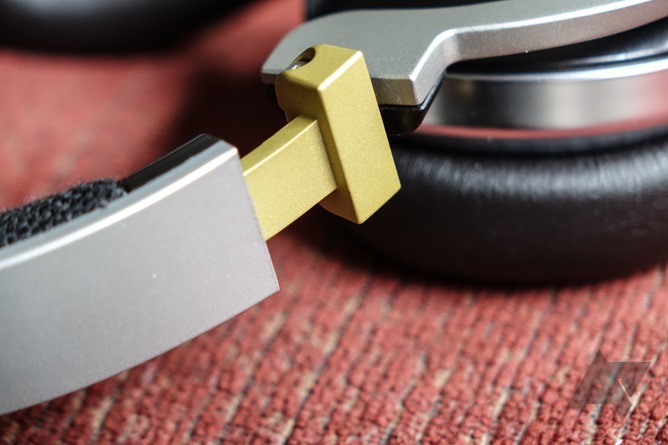 The headband length adjustment requires a significant amount of force, though the action on my third set of headphones is a lot smoother than the first two. There's no tension adjuster, but the Satellites do fold up for transport, and can also swivel flat for storage or to comfortably sit around your neck when not in use.

As with most of Blue's products, the sense I get here is of rugged, if not exceptionally refined, quality. The headband has a fair bit of fraying, some of the plastic finish came with chips and scratches out of the box, and some things just don't feel well-tested or thoughtfully designed. For example, the power button is extremely small and hard to press, offering precious little feedback. Why not just use a switch? The microUSB port for charging is also insanely tight on all three units I was sent - you feel like you're going to break your USB cable every time you jam it in there. It's a little unnerving. 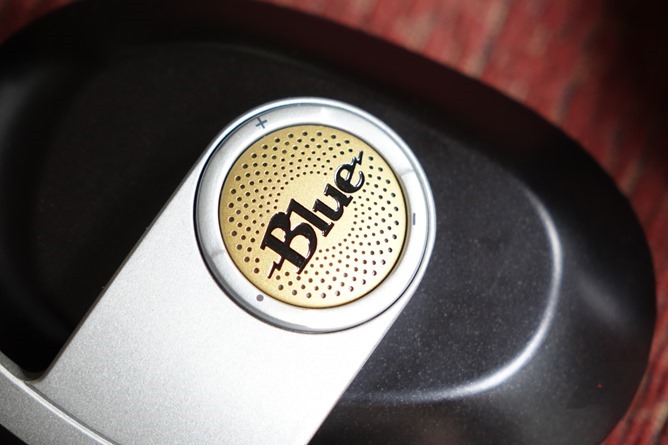 Controls are found on either earcup, where a 3-position circular button provides a variety of toggles and options. On the left ear are the amplifier, noise cancellation, and Bluetooth pairing toggles. On the right, you've got volume controls and a generic control key (it didn't do anything on Android phones). 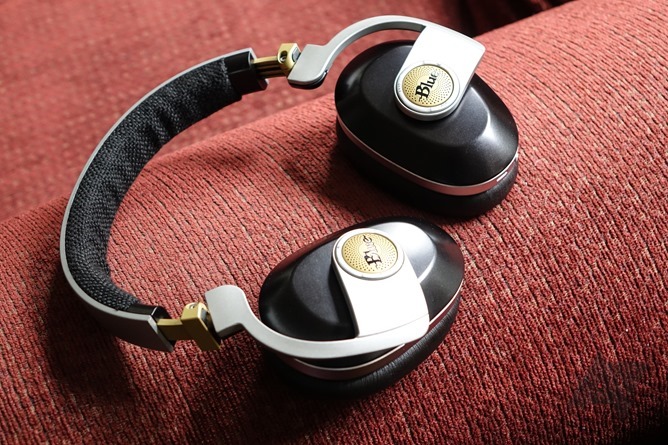 Here's where things start to go sideways. Pairing the Satellites with most of my phones was no issue, but from then on, problems cropped up. For example, while my Pixel XL does have admittedly abysmal Bluetooth range, I've never used any Bluetooth device that's cut out more frequently than the Satellites. While the Satellites didn't have this problem with other phones I tested, with the Pixel XL the problem was basically product-breaking. Even putting my phone in my pocket would cause consistent cutting out, to the point where I just got fed up and stopped using the Satellites with my Pixel. To be clear, I've used a number of wireless earbuds with my Pixel with essentially no issues. I realize the range on this phone sucks, but the Satellites just seem to have an especially hard time with it.

Then there's the odd behavior when charged from a dead battery - a state which I often found my Satellites in. When the battery dies and you plug the Satellites into a power source, they immediately turn fully on and will pair with any saved device. You can't manually power them down into a charge-only mode - they'll just come back on again, and re-pair again. You're unlikely to notice this, too, and so your phone's notifications will essentially be muted as everything is routed through the charging headphones. What's weird is that if the headphones aren't fully discharged, this doesn't happen. If the Satellites are powered down but still hold a charge, plugging them in just... charges them. They don't turn on and try to pair with stuff. It's bizarre, and leads me to believe the behavior when charging from zero is a bug. A very annoying one. 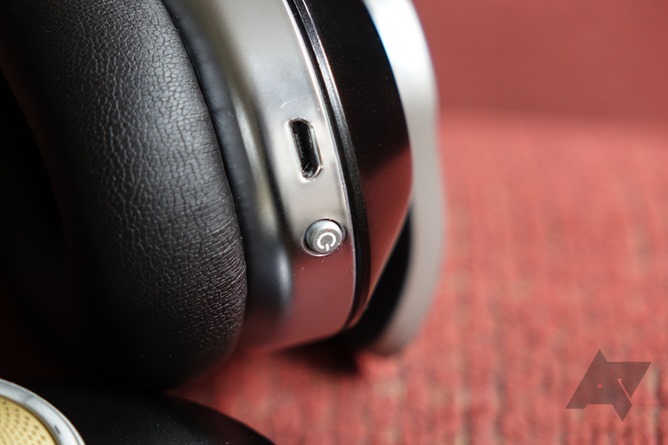 Charging is accomplished via the aforementioned very-hard-to-plug-into microUSB port. You'll be charging them often, too. Blue quotes a 24-hour runtime for the Satellites if you have the amplifier and noise-cancellation disabled, but turn either on and that figure drops dramatically. With both the amp and the ANC active, the Satellites have a quoted runtime of just 8 hours, and I found they fell well short of this - closer to 5 or 6 - if you play your music at higher volumes. By comparison, Bose quotes up to 20 hours for its QC35 noise-cancelling headphones. You could probably stretch the Satellites to 10 or maybe 12 with the amplifier off and the ANC enabled, but I didn't really test this scenario. Either way, it's just not that competitive a figure.

For us Android users, it's also basically impossible to figure out how much battery the Satellites have left, because there's no way to check. There are no voice cues and no charge level indicators on the headphones. Obviously, this isn't a problem for iOS devices, but it's a major oversight for those of who aren't on the Apple bandwagon.

Finally, Blue has updated the firmware in newer versions of the Satellite to resolve a problem I had with the first two pairs that was particularly annoying. If the Satellites were accidentally powered on, they'd just stay in standby mode indefinitely - and that's something that can definitely happen when they're getting jostled around in a messenger bag. The result was I'd reach for them after two or three days without using the headphones, only to find they were dead. The newest revision of the Satellite should resolve this - the headphones will automatically power off after 5 minutes if they don't find anything to pair to. 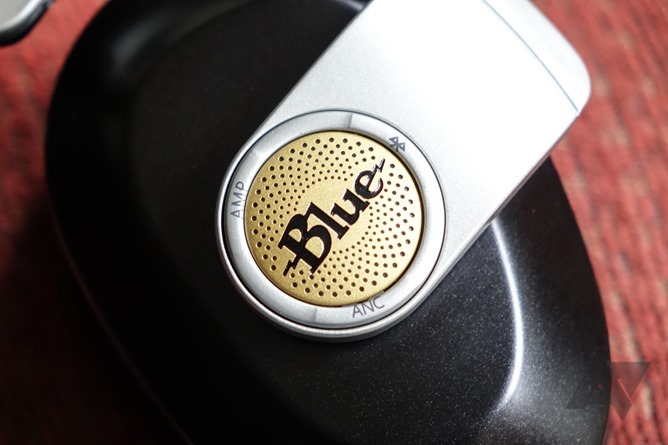 Do the Satellites sound damn good for a set of Bluetooth headphones? Absolutely. They support aptX streaming for enhanced sound quality, and the built-in 280mW analog amplifier will add substantial dynamic range that's above and beyond what you'd find in a typical wireless headphone. The amplifier is activated via one of the aforementioned earcup buttons, and the difference isn't so much that things get "louder," it's that the drivers are getting a signal that is amplified more evenly across the entire frequency range. Your music will sound fuller, and details will emerge a little more effortlessly without having to crank the volume so high. The effect is extremely noticeable to my ears (and enjoyable), but this amplification consumes considerable power, and that's why it's not an "always-on" feature. The sound quality is easily the most likeable part of the Satellites, and that's always been the big "sell" for me in regard to Blue's headphones.

I tested the noise-cancellation in a number of scenarios, including on a long-haul flight, and while I would say it's effective, it's not by any means amazing. I've used other over-ear ANC headphones like those from Samsung that perform noticeably better, and while Blue's offering here is fine, it's not earth-shattering, especially when the company has gone out of the way to throw extra hardware at the ANC feature. Instead of piping the ANC signal through the headphone audio drivers, Blue has installed a second set of drivers in the Satellites specifically devoted to producing the ANC signal when the feature is active. That's all well and good, but it doesn't seem to provide much of an improvement on the ANC experience. Blue contends their approach reduces the amount of distortion you hear in your music when ANC is active, though I still noticed a real volume drop when the ANC was toggled on, and my music did seem to get a bit worse.

The Satellites are also extremely sensitive to buffeting and vibration effects when ANC is active. Blue's quad-microphone ANC processing regularly produced jarring "burps" in the ANC signal when I was riding in a vehicle or even when experiencing turbulence on a plane - a sign of tuning that may be a touch too aggressive, or suboptimal microphone placement. Either way, it was an annoyance, and caused me to turn off the ANC in certain environments.

Overall, I would say audio is the strongest thing going for the Satellites - you're not going to find a better-sounding pair of Bluetooth headphones out there at the moment. I wouldn't say their novel hardware approach to ANC has paid the dividends they'd hoped for, though - and this approach undoubtedly came at a real cost.

The Blue Satellites don't come with fancy touch controls, don't have a handy companion app, or feature conveniences like NFC pairing or automatic on-off detection. They're also decidedly uncomfortable, and it doesn't seem like their innovative noise-cancellation solution really is appreciably better than traditional approaches like those used by Bose. The battery life is far from outstanding, and you can't even tell how charged that battery is unless you have an iPhone. That sucks. At an asking price of $400, these compromises just feel too great to overcome. I can't recommend the Satellites.

There are also the smaller problems - the power button just feels like an afterthought on the design. Basically everyone else uses a switch for a reason. The fit and finish isn't quite what I'd hope for on something costing this much money, even if the Satellites seem pretty sturdy.

This is a valiant first effort from Blue to get into the wireless headphone market, I'm just not quite sure it's a market they understand. Comfort, longevity, and portability are key concerns when you're talking about a wireless headphone ostensibly designed for people on the go. The Satellites just don't quite get these things right. Hopefully a second generation will see Blue rethink its strategy and approach here a bit, because as is, I think the Satellites will have limited appeal to those in the market for a high-end, noise cancelling headphone. 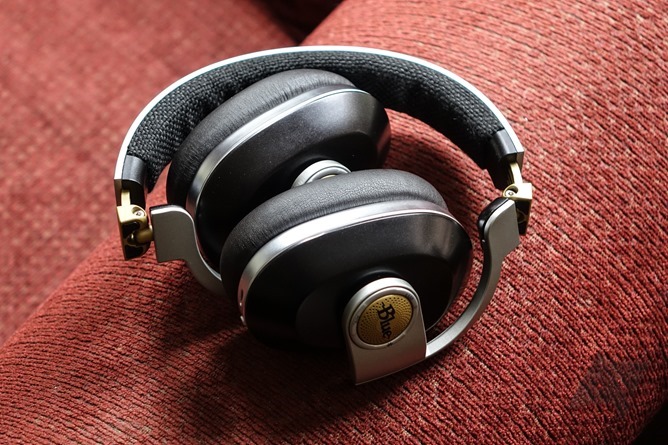 Terra Battle 2 is coming soon, and you can pre-register for it today