You're probably used to seeing the Moto G5 Plus at something of a discount on Amazon, but that's the ad-supported Prime edition phone. The one at B&H is the completely unencumbered phone. It's unlocked with support for all mobile networks. The 32GB phone with 3GB of RAM is going for $200, which is $30 off the regular price. The discount is a bit steeper for the version with 64GB of storage and 4GB of RAM. That one is down to $250 from the regular $300 price. 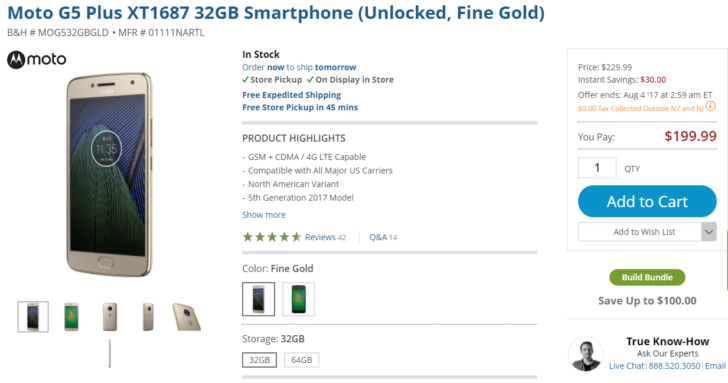 Both phones are available in both gold and gray colors. B&H offers free shipping and there's no tax outside of New York and New Jersey. Keep in mind, this deal is only good through August 4th at 2:59 AM ET.

Amazon has matched B&H on the sale, but only for the 32GB gray Moto G5 Plus. It's better than nothing.