Today Verizon has opened up a new rewards program for its customers. It is meant to replace the company's older Smart Rewards program, which also ended as of today (though points remain valid for use until November). The new system is called Verizon Up, and it's a very different kind of rewards program.

While the previous system assigned points based on actions like paying your bill via a checking account, signing up for paper-free billing, or using My Verizon to manage your account — in addition to an elaborate series of set rates for cash spent in specific categories — the new system is a bit simpler. Now you just get one credit for every $300 (cumulative across billing periods) that you spend with Verizon. One credit can be redeemed for one reward. But, not all rewards are created equal.

You see, there are three categories of rewards in the new system. You have Earned Rewards, Unexpected Rewards, and Super Tickets. The first are small things like credit towards a future device, or discounts with Verizon or a partner. The Unexpected Rewards are more random. They are special offers which do not require points for redemption, and which occur on special occasions, like your customer anniversary.

Super Tickets are, as the name suggests, tickets for things like sports events or concerts. But those you can't just get based on cash spent and points redeemed. Apparently they'll only be offered in limited quantities for redemption on a first come first served basis. Coupled with the Super Tickets is another higher tier of so-called Dream Tickets. Those are for "once-in-a-lifetime" experiences, and they are only available for select customers. 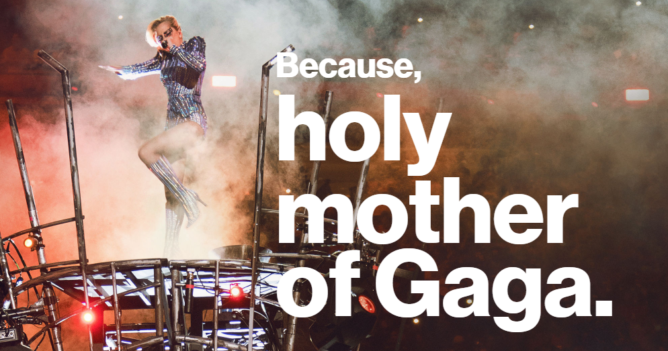 Verizon Up credits expire after 60 days, so you'll have to spend them within two months of receiving them, or they are gone. So while it might seem like a good idea to wait for something you enjoy to go up in limited quantity, don't wait too long.

Part of this new rewards program feels like a knee-jerk response to the marketing success of T-Mobile Tuesdays, but I am not sure that it offers quite the same value. Just last year T-Mobile handed out free stock in the company to its customers. As of now, that's a $60 value that might have even exceeded one's total monthly bill with T-Mobile. A $5 Starbucks gift card for $300 spent isn't quite the same sort of value.

T-Mobile Tuesdays has a degree of uncertainty to it as well, but given the value of its previous offerings, the guarantee of a reward it offers compares favorably against the free-for-all limited quantity timers that Verizon Up presents. There's nothing inherently wrong with that, but Verizon's previous reward system offered an equitable exchange for the customer based directly on cash spent, it's hard not to feel like the new rewards program is a subsidy for those quick enough to grab the best stuff.

Verizon's old Smart Rewards program is dead as of August 1st, and points from the program expire on November 1st. So if you happen to have some stashed away, you'll want to make sure they get spent soon.

Another thing to keep in mind is that you'll be giving up some of your privacy to participate in this program by enrolling in Verizon Selects. That means Verizon will be collecting a lot of data from your phone, including things like what device you have, how you use it, sites you visit, apps you use, information collected by targeted advertisements, and more. If you have concerns about security and privacy as they relate to that sort of marketing data collection, think twice.

The new Verizon Up program is live, so if you'd like to participate, be sure to sign up at the bottom of the page here. The faster you can build up points, the faster you can redeem them for limited-quantity prizes.