The upcoming Galaxy Note8 has been highly anticipated by fans, despite the previous model blowing up on several occasions. There have been a few leaks so far, but only from questionable sources. Evan Blass, known as @evleaks on Twitter, has shared an image of the upcoming phone.

As you can see, it looks almost identical to the Galaxy S8+. According to a previous leak, the Note8 will have a 6.3" AMOLED display with a 18.5:9 aspect ratio. For reference, the S8+ has a 6.2" display with the same aspect ratio. So while you probably won't be able to use this phone one-handed, at least you'll have an S-Pen.

The Note8 is expected to be announced at a Samsung Unpacked event on August 23, so we won't have to wait much longer for the official reveal. Let us know in the comments if you might pick one up when it goes on sale.

A further image from @evleaks shows the Galaxy Note8 from every angle, including the fingerprint sensor and dual cameras on the rear: 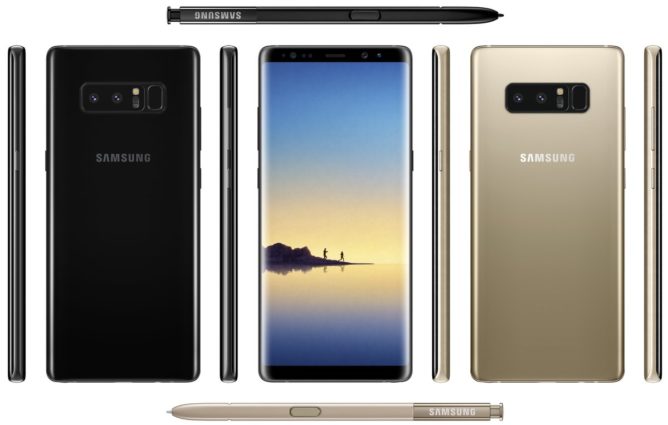 Another image from Twitter user @DesaiRaj414 shows a handy comparison with the Galaxy S8, suggesting an even more impressive screen-to-body ratio for the upcoming Note8: