A new version of Allo began rolling out yesterday, but unlike so many previous releases, this one wasn't preceded by any Twitter announcements from the developer team. That's not too surprising because this looks more like a maintenance release. However, there was one subtle enhancement that's definitely worth pointing out: Allo now integrates with contacts on your phone so you can quickly jump to the app and start a conversation. A teardown of the apk revealed that most of the other changes are in service to the upcoming launch of an Allo web client, which had been examined in detail with a teardown of v14. Those additions don't reveal any new information, so we're not going to repeat the details here, but you can probably expect to see the desktop web client go live soon. 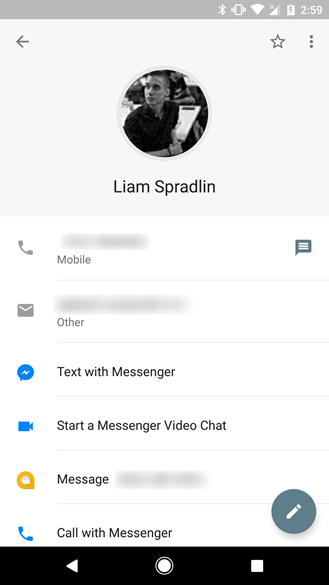 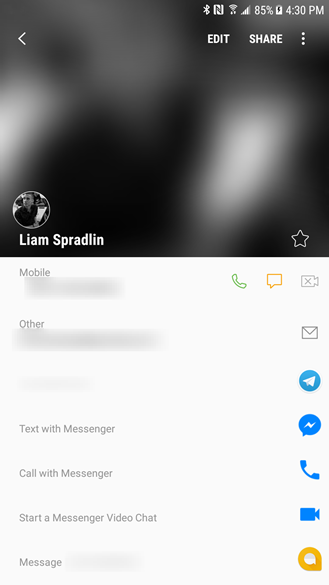 It's not a big change, per se, but it's fairly important. Allo now integrates with the contacts on your phone to provide a shortcut link to begin a conversation. The link appears on any of your contacts that have already signed up to Allo as long as you have their phone number, and on any contact with a Gmail account and a phone number. Basically, if you try to start a new conversation and would either see that contact listed under "Allo contacts" or in the Incognito chats, they will have the link.

As the screenshots above show, this feature isn't limited to just Google's Contacts app, it should work with most (all?) modern contact management apps included by OEMs or downloaded from the Play Store. Apps like Facebook Messenger and Telegram have been doing this for quite a while. It serves as advertising for the app to get people using it, but it's actually a handy option to find alternate ways to reach people if your primary method of contact isn't working.

While most of the changes to the Allo apk had to do with the soon-to-launch web client, there was a batch of text that did raise an eyebrow. But there's really not much to go on. The strings are all prefixed with the name "micro_machine;" but most of them include just standard UI text without any context, save for one line: "You are resetting everyone's progress in the selected activity." The mention of "progress" and "activity" sound very unlike a typical chat app feature and more like a game or some kind of group function.

It's safe to assume this isn't complete yet, so we'll keep watching for it to grow into something more tangible with future updates.

Facebook is testing a standalone video chat device, could be running Android