Google just pushed a minor revision to the Google Voice app for Android, bringing it up to v5.3. Nothing huge appears to have been changed, but there is one small but useful new feature. Now long-pressing on a message brings up an option for multi-selection, rather than just a menu for simple actions pertaining to a single message. So the next time you need to mass-delete messages sent to your Google Voice account, it won't be quite such a tedious affair. 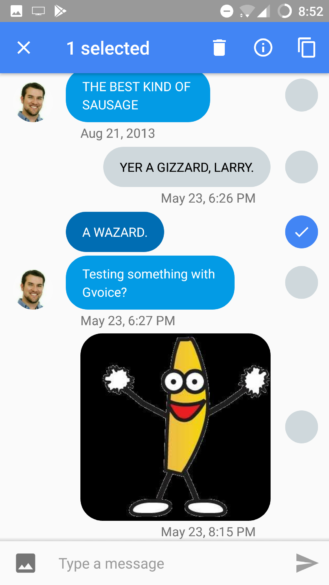 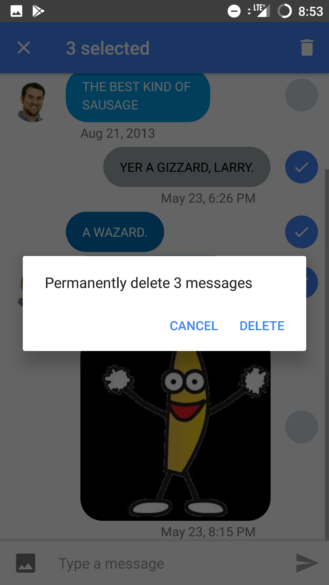 We did a quick look inside the APK as well, and so far this appears to be the only significant difference in v5.3, though it may also include a fix for a sync and notification bug some users have experienced. Multi-select might not be the biggest change we've ever seen, but it certainly will save some people a lot of time when it comes to managing messages. Now if only the stock Android Messages app could have this feature.

The update doesn't appear to have rolled out to everyone quite yet, but it is available over at APK Mirror, for those who aren't patient enough to wait. Between the multi-selection in 5.3 and the convenience of an early download, you can save time in two different ways.

The full changelog has been posted:

It would appear that the batch selection extends further out into the full conversation view. Hopefully we'll see more features in future updates.