Some of you might remember the Contextual App Experiences talk at I/O this year. The seemingly convoluted name actually held some pretty big news, as it was during that talk that Google revealed its plans to refresh the Nearby Connections API. That set of APIs is used to provide communication between your phone and other things in physical proximity to you, further expanding your ability to share info and data locally. Well, as of today version 2.0 of that API is now available, bringing new features for developers. 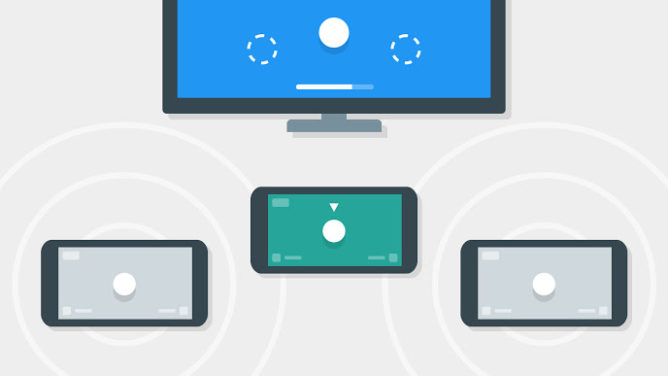 It might not seem like a big deal, but the potential applications of local communication from the Nearby package are quite extensive. There's a reason we've called it "the genius feature no one is using." From home automation to content consumption, and even when it comes to censorship and security, there are a ton of ways the under-utilized API can be harnessed for consumers, especially now that it is able to work entirely offline.

There are some great potential examples provided in the blog post discussing the release, like negotiating with a private parking space to use it while it's empty, having your contacts be shared with your spouse's, and even just synchronizing your stored preferences to a hotel room when you enter. With the ability for the API to be harnessed to form an offline mesh network, it could also be used as a means of bypassing censorship for the free distribution of information. It could even allow for alerts in areas filled with people but deprived of data, as in the case of natural disasters.

None of these potential use cases are implemented as of yet, but they're all things the API could be used to do in the future. The applications aren't revolutionary, but they do provide significant convenience by saving you time. And time is the one thing in life we're guaranteed to have a limited quantity of.

The Nearby Connections API uses WiFi and Bluetooth (both standard and Low Energy) to find and communicate with nearby devices. And developers need not individually handle which type of connection to use for what, as the API handles that level of abstraction on its own, saving developers time, too.

The full technical details, for interested developers, are available over here at the developer documentation site, and v2.0 only works on Android devices running Play Services 11.0 and up. Google also enumerated some examples a few of its partners have come up with as they built out the API. The Weather Channel, for instance, is building out an on-demand mesh network for weather warnings in data-deprived areas, GameInsight is using it to find and play with nearby players, and Android TV will even use it for remote control and setup in the future.

There are a lot of potential applications for the Nearby Connections 2.0 API, and I can't wait to see all the ingenious ways developers will use it. Let's also hope developers recognize when not to use it, as it could make applications like Tinder a bit too awkward if you're both in the same subway car while swiping.

Minecraft PE 'Better Together Update' enters beta, will have cross-play with Xbox and Nintendo ...