I think that I've made my opinion of Bluetooth audio accessories clear by now. However, in case you haven't heard it yet, here it is: I don't think highly of them. The convenience factor is often eclipsed by lackluster sound quality, battery life, or both. Until now, I never considered any of the pairs that I have used to be outright awful. Unfortunately, today is the day that I must amend that because Urbanear's Stadion represents the most disappointing pair of Bluetooth earbuds that I've ever had the misfortune of using.

I realize how harsh that sounds, but there is no better or nicer way I can say it. After using the Stadion for several weeks in active and sedentary scenarios, I cannot think of another similar product that I've liked less than this one. Whether it's the fit, the sound quality, the battery life, or the overall comfort, the Stadion failed in almost every regard. I will attempt to keep this review out of the rant territory, but we'll see how that goes. Fasten your seatbelts, kids. 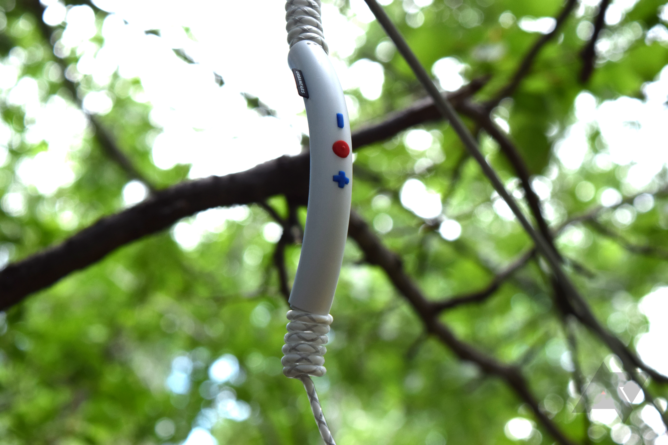 When I think of Scandinavian tech companies, my mind immediately goes to Nokia and Fractal Design — both are well-known for their simple, efficient designs with their products. However, in those simplistic aesthetics lie little pieces of endearing character. Urbanears, being from the Nordic region, took a similar route with the Stadion.

I have to admit that this pair of Bluetooth earbuds does not look like most neckbands out there, due in no small part to its coiled cables that have a reflective lining on them for nighttime visibility. Overall, as a fan of minimalism (especially with tech), I like the way that the Stadion looks. I received a white unit, which is not usually my first choice especially with something that's going to be in frequent contact with my sweaty skin. I digress.

The main piece of the neckband is made of a smooth plastic. Its singular color is broken only by the blue volume buttons, red action key, and the black Urbanears logo tag. The microUSB charging port is under a flap on the "inside" of the main body. See what I meant about the Scandinavian design?

When I first saw the coiled cable, I thought it was a neat idea. In theory, it allows the unit itself to maintain a smaller footprint while adapting to different head sizes and shapes. I respect the attempt and idea, but in practice, I was not impressed. The cable itself is not under much tension, yet my most common problem was that it pulled on the buds themselves. This limited my range of motion, even though the cable has plenty of length to reach around my neck. Pulling on the buds also affects sound quality (at least my perception of it) and volume. 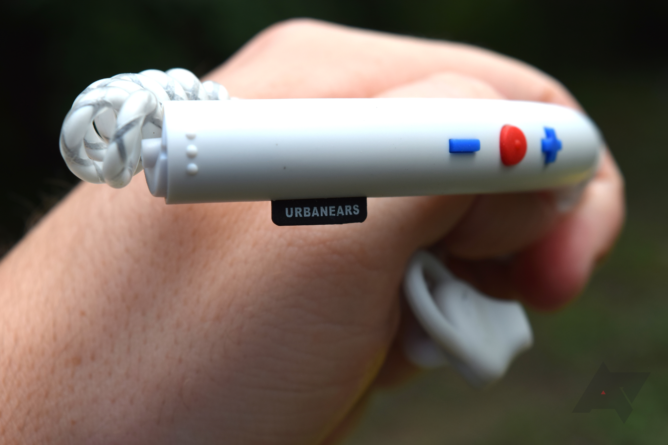 I tried each of the different cups that came with my review unit to see if I could find a more comfortable fit. I know that my ears are a bit weird and earbuds are often problematic, but despite that I expect to be able to drown out all other sound to some degree when I'm working out — I don't need to hear weights dropping or some guy grunting (both of which are common noises at my gym).

The Stadion's design is visually appealing and it sounds (heh) great in theory, but it ended up being more of a nuisance. I looked forward to putting the earbuds back in my bag at the end of a grueling workout, only to deal with them again the next day. Yep, tech blogger problems.

I generally don't care what a pair of Bluetooth earbuds looks like; I care whether the buds themselves are comfortable and the sound quality is good. The Bose QC30 and Jaybird X3 come to mind. As I've already discussed, the Stadion fails in the first regard. But what about the second quality? How does the Stadion sound?

In short, not that great. Possessing a dynamic sound profile can be difficult in something as small as a pair of Bluetooth earphones, which I understand and acknowledge. However, at its best moments, the Stadion lacks any sense of that satisfying fullness that makes you really get into your music (which is a key part of weightlifting for me). At its worst times, the Stadion presented me with a cacophony of dull mids, overpowering highs, and a universal lack of bass. I tried it with different devices and EQ settings, which only helped a bit.

While it may not be objectively true, it seemed to me that my $15 Phillips wired earbuds put out roughly equal sound quality and volume. I realize that anecdotes are not conclusive evidence for any one thing, but I figured I'd throw that out there. Just because.

Moving on from the depressing audio quality, let's talk about the Stadion's battery life. It's advertised at about eight hours, which isn't too far off from other products. Unfortunately, I only came close to that once. Most of the time, the battery lasted just shy of five hours at 50-60% volume. This means I was able to get two or three workouts from the Stadion, which was extremely disappointing.

So sound quality and battery life... two more strikes against this unfortunate pair of earbuds.

I have a love/hate relationship with Bluetooth earphones. While there are certainly benefits to be adored (wireless), there are plenty of downsides to deal with in exchange — it's an annoying example of opportunity costs. It's because of this that I pay attention to the little things that could and/or do bother me (if you know anything about Artem and laptops, it's kind of like that). 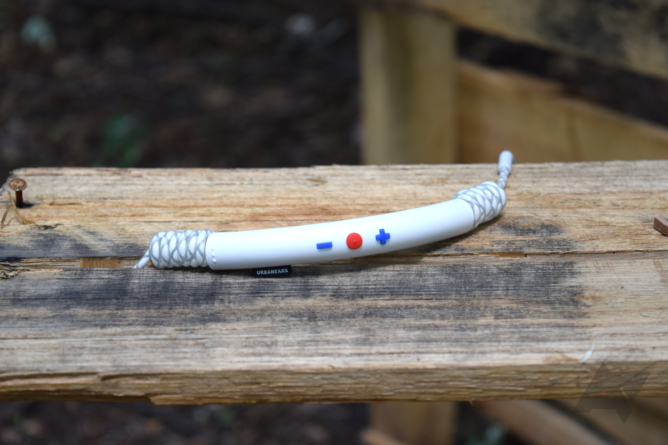 To put it lightly, I did not enjoy my time with Urbanears' Stadion. I can excuse the cheap feeling that I got from the build quality because of the price ($99 USD), but the sound quality and comfort were so lacking that I could not wait to stop using this pair of earbuds. For an extra $30, you could pick up yourself the Jaybird X3 and be much happier — hell, I would prefer to use Jaybird's Freedom over the Stadion. Over, save yourself some money and check out the Plantronics Backbeat Fit.

Battery life was another major failing with this. I expect to get through about a full week (i.e. seven days) of workouts on a charge from my Bluetooth earphones. I have several that do that, notably my now ancient LG Tone Ultra neckbuds from 2014 (yeah, you read that right). Sadly, this product could not accommodate that expectation.

So where does that leave us in regards to the Urbanears Stadion? If you haven't figured it out yet, I say that you should definitely pass on these. If they were $30-$50 cheaper, my concluding opinion would be different — I'd expect these sorts of shortcomings from something in that price point. But for $100, I think that it's just not worth it. Save your pennies a bit longer and get something that you'd be happier with. Or check out some cheaper and better-sounding neckbuds like the Phiaton BT 100 NC or Samsung Level U Pro, unless you're really attached to the idea of a neckband-style (I wouldn't blame you).

If you don't care for any of my recommendations, you can still head over to the buy links below if you want to check out the Stadion for yourself.

Cortana v2.9 changes the interface and brings back the hamburger menu [APK Download]