As well as the general unlocked version of the One A9, you can get the source code for the Telstra and EE carrier versions, plus country specific versions including those for China and India. This is a welcome update after HTC previously posted the Android 6.0 Marshmallow code for the One A9 in November 2016.

This news won't be of interest to most people, as the kernel source code is generally used by developers for building custom ROMs and mods. If that's you, the code for the HTC 10 and One A9 is ready to go, plus you'll also find builds for the Desire 10 and HTC 11 there, too. 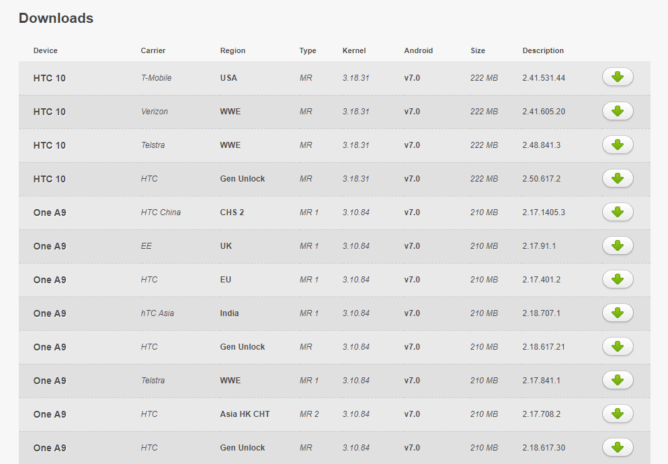