Popular PC survival roguelike NEO Scavenger has just been released onto the Play Store, and you can try it out for free for an unlimited amount of time. While the demo has limited some features, you can unlock the full version for $9.99 through the game's only in-app purchase. So if you are looking for a new roguelike that allows you to survive in a post-apocalyptic world, NEO Scavenger may just be what you are looking for.

If you are worried that the port does not hold up as well as it does on PC, I am happy to report that the Android version retains all of the functionality of its PC counterpart. While the free demo does limit the game's map size, once you pay for the $9.99 IAP you will unlock all of its features, just as you would on PC. Oh, and once you pay for that IAP, you will also unlock support for save games as well as achievements and leaderboards. So keep that in mind if you are playing through the demo, as you will not be able to save your game.

I would also like to point out that NEO Scavenger is brutally difficult. Like most roguelikes, you will die, and you will die a lot. Considering that many necessary in-game items are scarce, it will take a lot of careful planning to survive in this wasteland. Which is your primary goal, to survive as long as you can. You will do this through turn-based gameplay, which at least allows you to think things through before you make your next move.

Really, the only issue I can find with NEO Scavenger is the fact that since this is a PC port, the UI does not scale very well on a small screen. I wholeheartedly recommend playing this on a tablet, as it can be an exercise in frustration to try and play this on your phone. For those that do want to tough it out on a smaller screen, there is a zoom function that will afford you some relief.

To be frank, I am always happy to see quality ports coming to Android. With the current state of free-to-play games inundating us on the Play Store, we can use all the real video games we can get. And a few UI issues are not going to change my mind on that. Now if only I could find a quality Android tablet to play my games on and I will be all set to play NEO Scavenger without having to sit in front of my PC monitor any longer. 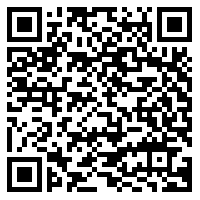