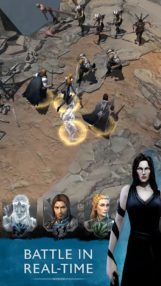 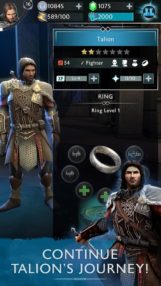 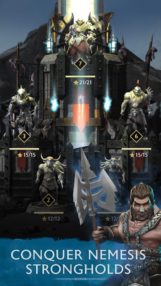 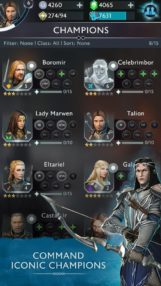 Forgetting the overused collection focused design, what I find really odd about this Android version of Middle-earth: Shadow of War is the fact that it shares the exact same name as its console counterpart. While you can rest assured that the mobile version will be absolutely nothing like the console release, the naming scheme is going to cause a lot of confusion, especially if both games become popular.

Short of the clear free-to-play gacha mechanics that are alluded to in the game's Play Store description and the oddly confusing naming scheme, there appears to be little other information to go on right now. Luckily I have gotten my hands on a fresh new beta APK, so keep a sharp lookout for a hands-on from me sometime soon. This way we can all get a closer look at what Middle-earth: Shadow of War has to offer.

So yeah, if you would like to pre-register for this Android version of Middle-earth: Shadow of War, you can do so starting today. Just click on the Play Store link below and then click the pre-registration button on the store's page. When the game is released, you will receive a notification that you can go ahead and download it, which I have to admit is pretty convenient. Here is to hoping that Warner Bros. International Enterprises can deliver something fresh in the mobile hero collection space, making everyone's pre-registration a worthwhile endeavor.