It feels like these Sega Forever games keep trickling out every couple of weeks. This time around we have the release of The Revenge of Shinobi, a classic ninja themed platformer with a hack and slash feel. If you couldn't tell from the title, this is a sequel to the first game in the series, Shinobi. While many feel that the second game is the best in the franchise, the question remains, how does it hold up on Android as a Sega Forever release?

The short answer is, not all that well. You see, The Revenge of Shinobi is known for being quite a challenging game. Wait... let me rephrase that. The Revenge of Shinobi is known for being one of the most brutally challenging games ever made, thanks to its difficult controls. So if you had any hope of getting anywhere in this game while using touchscreen controls, well, let me burst your bubble right now, it's not going to work out that well for you. This is a game that even when you are using a gamepad, you are probably not going to get that far. So sure, it may be cool to casually play around with this release while using your touchscreen, just for nostalgia's sake, but the fun is going to stop right there. While I can appreciate that there are four different difficulty settings included in the game, even if you play on easy there is little hope of success without a gamepad.

Speaking of controls, I figured what better way to see if I can still competently play The Revenge of Shinobi than plugging in my Logitech 310 controller to my Galaxy S8+ using a USB OTG cable. I am sad to say that HID support for controllers is borked. While I could jump and throw my shurikens, the d-pad, as well as the analog sticks, do not work whatsoever. And just to make sure that I was not losing my mind, I booted up Sega's Sonic The Hedgehog 2 Android port, and lo and behold the controller worked perfectly.

This brings me to my next point. These Sega Forever releases are leaving me with a pretty bad taste in my mouth. Sega has purposefully removed functioning games from the Play Store. Games that people paid for such as Sonic, Virtua Tennis, and Crazy Taxi. And now they have reuploaded them as these advertisement ridden versions, all without any type of compensation to those that originally supported them. But the worst part is that these newer versions all have issues that have been reported since the first Sega Forever title was released. So why on earth would Sega release The Revenge of Shinobi, one of the hardest platformers in existence, without proper HID controller support? Was the poor fan response to their other shoddy Sega Forever releases not a big enough sign that they need to start paying attention to their quality?

Oh, and did I mention the ads in this game yet, because if I didn't let me tell you right now that they are insufferable. Not only do you see one within seconds of starting the game, but you will also see a second one right after you hit the start button. Yep, two ads before you can even get into the first level of the game. While yes, you can remove these ads with the game's single in-app purchase of $1.99, why would anyone even bother if HID controller support isn't working?

So yeah, we have another great classic on Android thanks to Sega, but sadly this news is all too bittersweet, as The Revenge of Shinobi is going to be pretty unplayable with touchscreen controls. I suppose you could try to muddle your way through, but somehow I doubt you will get very far. Here is hoping Sega does the noble thing and updates this game to work with proper HID controls, and if not, well, I am pretty close to giving up on these Sega Forever titles until they can. 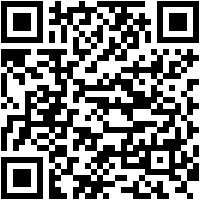 Google is ditching Instant Search because most searches happen on mobile