We already know a little about the Pixel 2 and its bigger brother, the Pixel 2 XL. In June, we heard some rumored specs like the two devices' screen sizes (4.95" and 5.99", respectively), 4GB RAM, 64GB and 128GB storage, stereo speakers, and lack of 3.5mm headphone jack. In July, we revealed to you what we believed the Pixel 2 XL would look like and just a few days later, there were more leaks about an always-on display and more.

With today's renders, we have a confirmation of our earlier image and an even clearer idea of what to expect. First, the Pixel 2 will reportedly measure 145.3 x 69.3 x 7.8 mm (8.2 with the camera bump) while the Pixel 2 XL will be 157.6 x 76.3 x 7.9 mm (8.6 with the cam bump). Second, the devices follow a rather similar design, though the smaller Pixel 2 has slightly larger bezels, especially below the display. The two appear to have dual front-facing speaker grilles and the 3.5mm headphone jack is nowhere to be found on either. The fingerprint sensor and the single camera are on the back, and the rear glass window is indeed shorter on both phones than last year's Pixels. 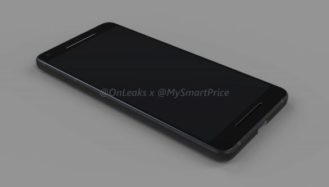 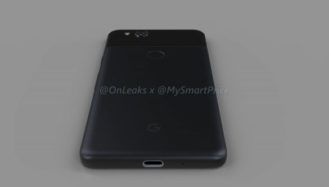 Pixel 2 above and Pixel 2 XL below. 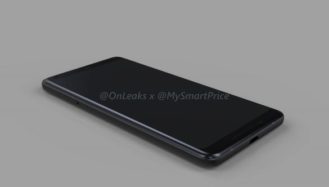 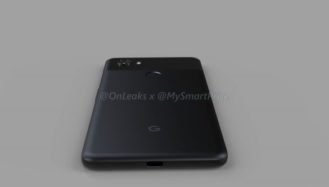 I'm not sure where we stand anymore on the two-manufacturer front, and these renders don't clarify the situation any further. Whether or not Google opted for a different manufacturer for each model, the end result is two devices that definitely share the same design language and don't look too dissimilar. I was kind of expecting worse when I heard the smaller Pixel 2 would be based on last year's design.