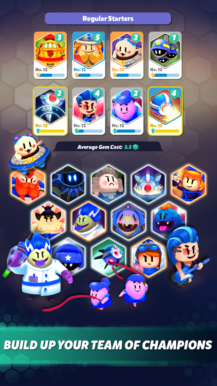 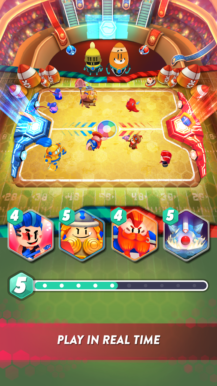 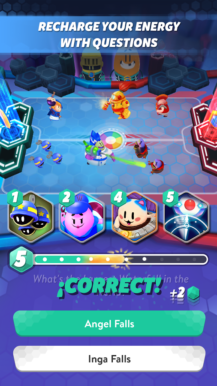 I would like to briefly mention that Trivia Crack Heroes is currently a beta release. As an unfinished product, there may be a few more adjustments the developers make to the game before it officially launches. So please take that into consideration when reading this hands-on.

As someone who is constantly playing a wide assortment of Android games, I honestly had no idea what to expect from Trivia Crack Heroes. I have no familiarity with the series, as these types of mobile quiz games tend to rely heavily on pay-to-win aspects. Of course, after further investigation, Trivia Crack Heroes does not dispel my assumption.

When you first open the game, you are greeted by a simple tutorial that takes you through the basics of the gameplay. To put it simply, you have a team of heroes whom you strategically place on a two-lane playing field with the ultimate goal of destroying your adversary's base. Your opponent will do the same. As you send out each hero, they will deplete your energy thanks to each one having a cost attributed to their use. In order to gain more energy so that you can send out more heroes, you will need to answer incredibly simple trivia questions. Seeing that Trivia Crack Heroes is targeted towards an audience of the ages ten and up, this is no surprise.

Now, my problem with Trivia Crack Heroes does not stem from the design of the core gameplay, as it seems to work as intended. What I do take issue with is the fact that once you are out of the tutorial, there appears to be no way to gain an edge over any live player you play against. Now don't get me wrong, I understand that sometimes people just need to "get gud" to succeed, but I am no chump, and the MOBA genre is nothing new to me. Honestly, I find it extremely surprising that I have yet to win a single match against a live opponent in the game, even if accidentally. Each match I watch as my heroes hit the other team and do very little damage, all while mine are devastated in one or two hits. So sure, I could do exactly what the developers want and plunk down a ton of cash to upgrade my heroes with in-game currency that is oh so conveniently acquirable through in-app purchases, but why on earth would I do that when I have yet to experience anything beyond the tutorial other than loss after loss?

As you can see pictured above, the game is pitting me against players of the same rank, but somehow I keep running into people with more powerful heroes that are still at the player level of zero. This may be due to the fact that you can upgrade your heroes at any point with in-game currency (without it affecting your player score) or maybe I just received really poor draws from the loot crates in the tutorial? Either way, I appear to be out of luck.

Past the questionable matchmaking of the PvP, there is really little else to experience. You can choose a training mode instead of playing a regular round of play, but I find even that wields little positive results. I have essentially run out of options for advancement, as I am unable to earn currency through gameplay thanks to not being able to win a match. If I did have some currency, then I could at least work on upgrading my characters. Heck, I could even purchase a loot box or two, so that I could gain some new characters. But sadly I am at a dead standstill if I can't win a match.

Of course, it is worth pointing out that the game does contain support for Google Play Games cloud saving, but that seems to be the only positive I could find. Sadly there are also advertisements and in-app purchases that range up to $24.99 per item included with the title. The IAPs are used for the in-game currency of coins as well as for loot crates. Expectedly there are loot crates available for 80,000 coins. By simply doing the math, if you purchase the medium coin pack of 10,000 coins for $4.99, it would cost you $39.92 to buy that 80,000 coin loot crate. So while the IAPs don't sound too bad when you see that their price only goes as high as $24.99, when you factor in the actual pricing it is a bit worse if you don't purchase the 100,000 coin pack for $14.99 outright. And even if you did purchase that 100,000 coin pack every time you wanted to unlock an 80,000 loot crate, that is essentially a $14.99 loot crate, which is pretty crazy.

So yeah, Trivia Crack Heroes in its current state is a pretty lame affair utterly spoiled by an overzealous design that slaps you in the face with the need to spend funds on upgrades the second you are out of the tutorial. If never being able to win a game was not enough of an issue, then the super easy trivia questions should ruin it for just about anyone else interested in this release. Maybe Etermax can pull a Hail Mary and fix Trivia Crack Heroes before it officially releases, but somehow I have a feeling that these issues aren't accidental. Chalk this one up to yet another multiplayer Android game designed from the ground up to bilk its players for the privilege to be competitive. TLDR; Trivia Crack Heroes is a perfect example of the pay-to-win games you expect to find on the Google Play Store.