Nearly every OEM these days uploads its stock apps onto the Play Store for more seamless updates, but it was Motorola that really started this trend. It makes life easier for the manufacturer and the consumer alike. Moto's latest addition to the Play Store is its Moto Photo Editor, a photo editor specifically for pictures shot by Motorola dual camera-equipped phones.

Moto Photo Editor has debuted with version 1.4.32.1. It enables you to edit depth-enabled photos with things like selective focus, selective black and white, and background replacement. You can see these options in the image above. Aside from those, though, there don't seem to be any other things that the app offers.

Unsurprisingly, the app is only available to install on "depth-enabled Motorola phone(s)," which are the newest Motorola phones with dual cameras (Moto Z2 Force, and the upcoming Moto X4 and Moto G5S+). Don't even bother trying to install it if you don't have one of those (you probably don't); it'll just be a waste of time. 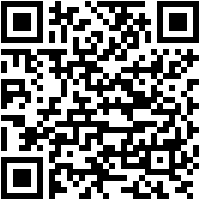