The Z2 series was kicked off last month with the Moto Z2 Play, and now the step-up version is official. The often leaked Moto Z2 Force is coming on August 10th, and you can preorder it now. Unlike last time, you'll be able to get this phone on any carrier—AT&T, Sprint, T-Mobile, U.S. Cellular, and Verizon. There will also be an unlocked version. The pricing is really getting up there, though. You're looking at $799.99 for the phone, and then there are mods. Motorola is also announcing a new 360-degree camera Moto Mod, and that one will set you back $300.

So, from what we can tell, there won't be a regular Moto Z2 this time. The Force gets a slightly smaller battery than last year's phone, but it still has the shatter-proof screen. Let's do the spec thing.

The battery is substantially smaller than last year's 3,500mAh cell, but not as tiny as the regular Moto Z was. Since there's no slimmer phone this time, Moto apparently decided to split the difference. The rest of the design looks very much like what we'd expect from Motorola. 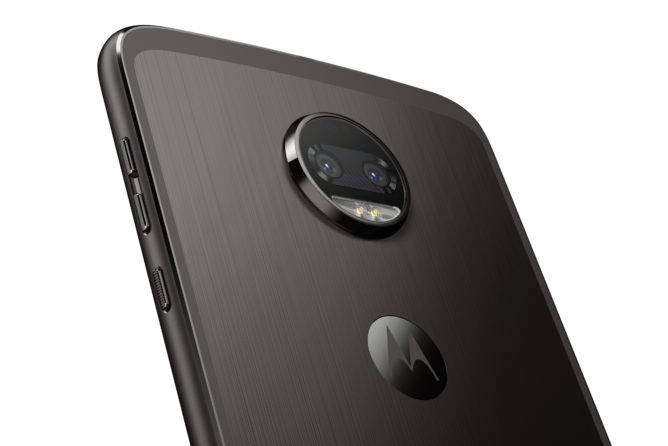 Around back are two 12MP cameras, which are apparently used for selective focus and can take monochrome photos. The camera module still has the large, round hump, which stabilizes the Moto Mods. The Mod connector is the same as last year, so all existing Moto Mods will work. There's also a new 360-degree camera Mod coming out alongside the Z2 Force. It's $299.99, launching on August 10th. That's the day the first Z2 Force variants will launch as well. 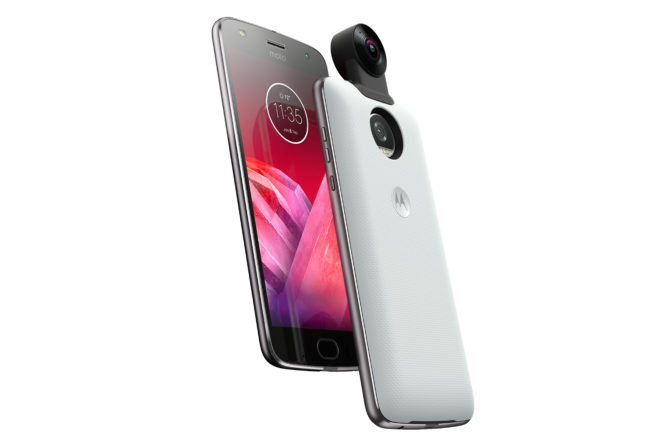 You can check with your preferred carrier (they will all have the phone, after all) about deals and exact launch details. There should be a free Insta-Share Projector Mod available when you buy a Moto Z2 Force. I don't know if that offsets the $800 price tag, but it's a start.