Motorola is now into its second generation of Mod-enabled phones with the release of the Moto Z2 Play a few weeks ago and now the Moto Z2 Force. As far as we know, there won't be a regular Z2 variant this year, so Moto seems to have split the difference between the last-gen Z and Z Force. The Z2 Force is a bit slimmer than its predecessor with a smaller battery, but it still has the shatter-proof POLED display.

We'll have a full review later, but let's see if this phone makes a good first impression. There's also that new 360 Camera Mod launching on the same day. There's less to say about that, but we'll throw it in for good measure.

If you've seen any Motorola phone from the last year and change, the Moto Z2 Force will look familiar. It's a slim device about 6mm thick with a completely flat rear panel. It's aluminum, but the finish is mirror-smooth. Thus, it's slippery and fingerprint-y to an almost glass-like degree. At the bottom is the Moto Mod connector, but you can cover up the back with a style cover, and you probably should. Those Mod pins are an eyesore.

At the top of the rear panel is the protruding camera module, which stabilizes the magnetically attached Mods. I'll get to the camera later, but for the moment I'll just say I'm still not a fan of the camera module. You really have to attach a style cover of some sort to make it less obtrusive. Despite some rumors to the contrary, there's still no headphone jack on this device. So you're looking at just the Type-C port on the bottom. There's still a Type-C to headphone adapter in the box at least. 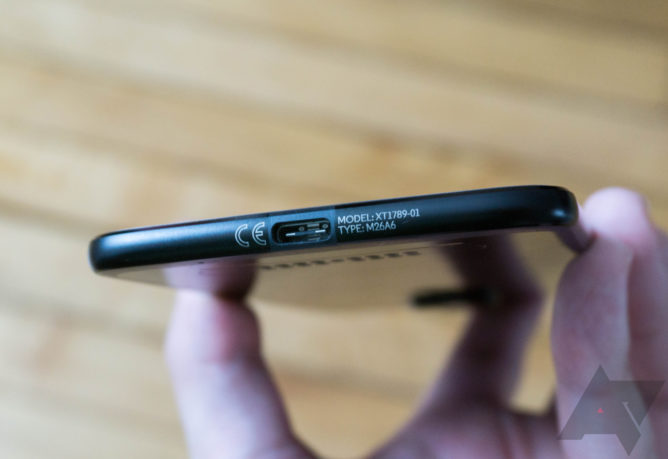 In my first few hours with the Moto Z2 Force, it feels similar in the hand to past Motorola Z phones. The bezels seem a little on the large side for an $800 phone, but it's light. The flat back is not ergonomic in the least, though. Again, you need a style cover on this thing. Importantly, this phone is not water-resistant. That's becoming increasingly unacceptable for an $800 phone.

The 5.5-inch 1440p POLED screen is very similar to last year's model. I have no complaints about the viewing angles or colors at first glance. However, it feels a bit weird. Motorola's ShatterShield technology relies upon layers of impact-resistant plastic on the display instead of glass. I have whacked the corner of my desk with the Z2 Force a few times, and I can confirm it isn't broken. The edges of the plastic cover are sharp, not smoothed like a glass panel would be. That makes swipe gestures on the fingerprint sensor unpleasant. The plastic layer also flexes noticeably when you push on the screen, and it makes "crinkling" noises in certain places—like it's not completely bound to the display. This is not encouraging. 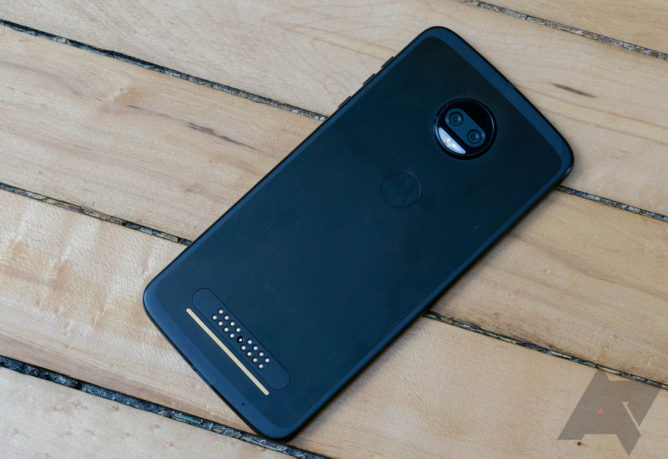 Motorola is hopping on the dual camera train with a pair of 12MP sensors on the back of the phone. One very clear advantage here is that the round camera module looks like a smiley face now. The more tangible benefits, according to Motorola, are selective focusing and black & white capture mode.

I've only taken a few photos with the device, so these are only preliminary thoughts. That said, I don't think this phone will challenge the Pixel or the Galaxy S8 when it comes to image quality. Motorola seems to still be using heavy-handed processing, and the photos seem darker than I had expected. The specs list only an f/2.0 aperture, which is smaller than most other phones in this price range. 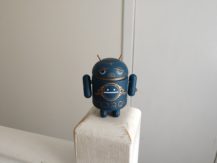 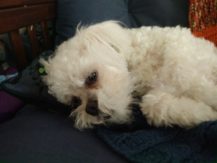 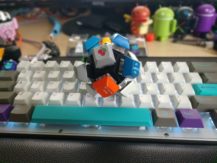 When taking photos with the depth sensing camera, you get a bokeh effect that tries to replicate a narrow depth of field lens. However, this relies upon properly detecting what's in the foreground. It doesn't seem any better than other phones I've used with this feature—the blur filter looks obviously fake. Capture times are also much longer when using depth mode. The black and white photos do look really nice, though.

The software is based on Android 7.1 with Motorola's subtle customized features like Moto Display and Moto Voice. Since there will be carrier versions of this phone, you can expect some bloatware. The Verizon phone I'm testing includes plenty of it. However, the home screen is done in the Pixel-style and there's a Google Feed panel on the left. This is feeling like Moto Z2 Play déjà vu so far. 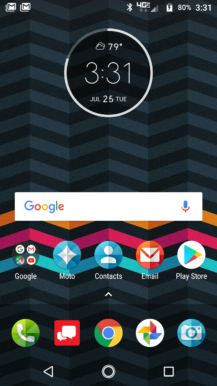 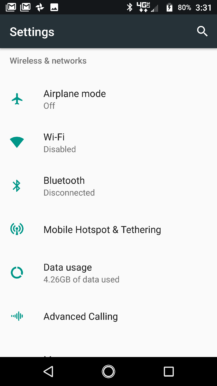 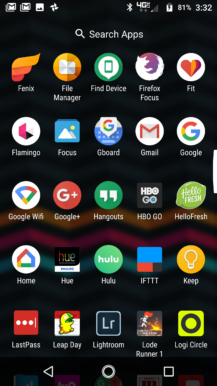 Moto Display is still a great feature, and it's not buggy like the Z2 Play. As a flagship phone, this device has the full suite of Moto Actions abilities like twist for camera and chop for flashlight. Motorola's revamped (and much less useful) Moto Voice is onboard as well. When it comes to new features, well, there aren't any. I was hoping Motorola could still innovate on software, but that's looking increasingly unlikely.

The Moto Z2 Force seems plenty fast so far, so no complaints there. I am encountering some WiFi stability issues, but I'll need more time to suss that out.

Motorola has managed to get this phone on every carrier, so it could be a huge boost to the company if it's a success. I'll be interested to see how the somewhat small battery does, and the camera seems questionable. We'll have a full review soon, so stay tuned for the final verdict.

This is the latest Mod that snaps onto the Moto Z phones, and it'll cost you a whopping $300 when it launches alongside the Moto Z2 Force. The Mod is a little thicker than the style cover, and it has the dual-lens camera on the top like a little lighthouse. Just snap it onto the phone, and the camera app launches in 360-degree mode. You have a view from both sensors to line up your shot, and there are several different interfaces available. 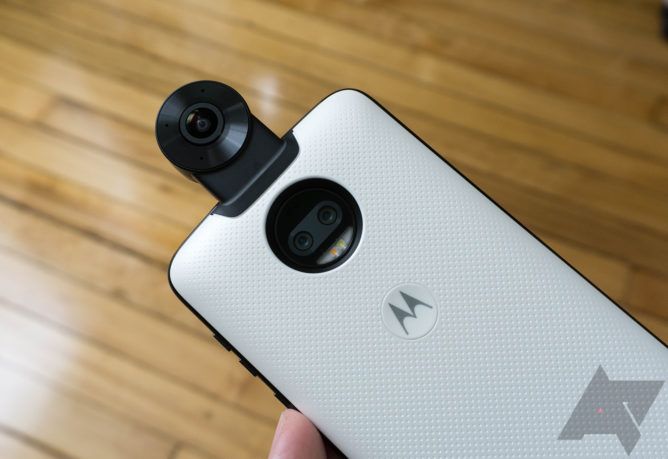 Capturing a photo takes about two seconds. The resulting 6240 x 3120 image is immediately available in your gallery app, which supports an immersive 360-degree view mode. I've only taken a few (one of which you can see below), and they seem alright. There's a bit of noise and distortion at the edges, but that's what you'd expect from a camera like this. Things line up well in the 360-degree viewer. 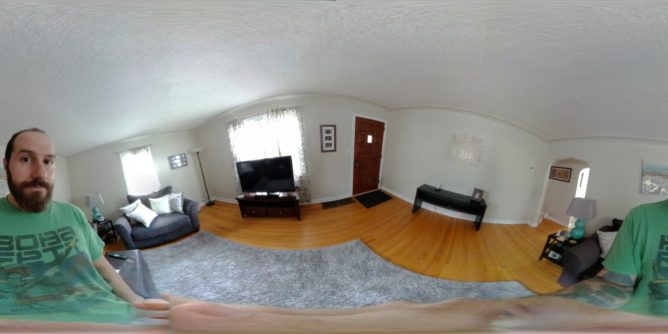 What it really comes down to is the price. How often are you going to take 360-degree pics? Is that worth $300 to you? Most people would probably have to say "no."