Google's Text-to-speech (TTS) is an accessibility feature that's long been a part of Android. It's a screen reader that can read aloud anything currently on display, a vital utility for users who are blind or partially-sighted. TTS isn't updated very often, but when it is it's usually to add something meaningful. The last update added support for new languages, as well as pronunciation and intonation improvements. We've now been made aware that there's also an experimental always-on language detection switch, available to those using Android O. 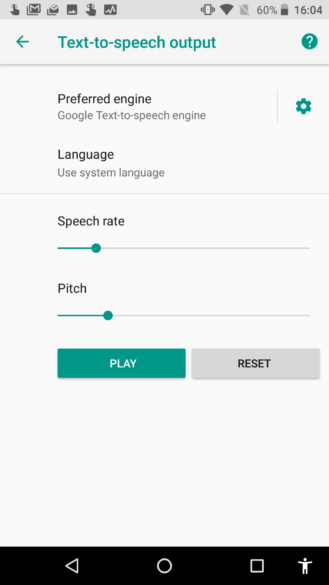 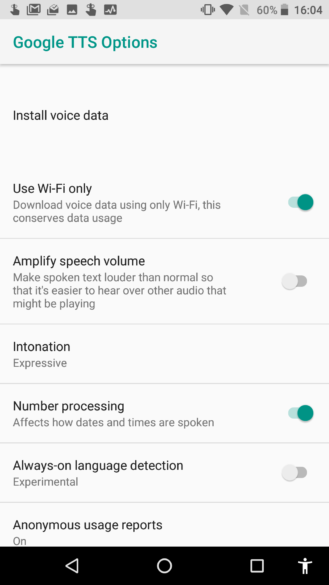 Left: The cog will take you to the relevant menu.  Right: The switch can be found here.

Looking back, it's been there since the 3rd developer preview of Android O, and it can be found by tapping through to 'Text-to-speech output' from the Accessibility menu, and then on the cog (see above left). The switch is labeled experimental, so it was interesting to see how far forward it was. To test it out I used Select to Speak to read some web pages in German, but it should also work for Talkback and other similar screen reading services that use TTS. While it was certainly better than not detecting at all, it did often confuse words that are the same in both languages ("formation", for example), which meant it would sometimes switch back to English from German mid-sentence for just a single word before switching back again. If nothing else it was impressive how quickly and seamlessly it switched.

Although it struggled with changing between the two languages, it did work to an extent, and reading out certain sections with a completely different recorded German accent was pretty cool. It's not quite there yet, but it's definitely on its way to being a fully fledged feature and an impressive one at that. Currently, the only way to have text read out in another language is to change the language settings every time, which is not really very practical. It's hard to say if it'll be ready for the upcoming stable release of Android 8.0 in the next month or two, but you can expect to see it in a future release.

To get it working you'll need one of the two most recent versions of Text-to-speech (3.12.8 or 3.12.9), which you can download from APKMirror, and you'll need to be on either the DP3 or DP4 beta of Android O. If any of you have tried this feature out, let us know what you think in the comments below.