Bandai Namco have released an all new Tales game onto the Play Store. It's titled Tales of the Rays, and it is being billed as a "console quality" release that you can easily play on the go. But what exactly does that mean? Is this title really comparable to Bandai Namco's console games, or is this yet another free-to-play gacha release that was only disguised to look like its console siblings?

Apparently, the truth to the above question lies somewhere in the middle. So while yes, Tales of the Rays is a gacha game at its core, Bandai Namco looks to have made some design decisions that help this release differentiate itself from all of the other collection games on the Play Store. Just take a quick look at the above trailer, and you will immediately see that there is actual gameplay offered here that looks pretty similar to the Tales main series of games.

Having tried the gameplay out for myself, I have to admit that it isn't all that bad. You start out in a world that's broken up into multiple quests for you to grind through, much like Fire Emblem Heroes. When you start a quest, you are given full control of your character through a touchscreen d-pad. It is your job to direct your character towards the enemies contained in this small stage. Once you run into an enemy, you will then dive down into battle. When in a battle you still retain full control of your character. This means you can run around and dodge blows from enemies, all while performing your own attacks. These are carried out by swiping on the right side of the screen. There are even power moves that you can perform that are dependent on what weapons you have equipped and what specific directions you swipe on the screen.

Which brings me to the gacha collection portion of Tales of the Rays. Basically you will be earning the game's in-game currency of Mirrorgems through playing the game (or in-app purchases). These are used to blindly summon new weapons for your characters. Each weapon can be equipped into four different slots for each available character, and you will eventually unlock four characters for your team. This means you will have a total of twelve slots to customize all of your players' maneuvers. This gives you a lot of opportunity to summon a bunch of different weapons in order to see what works best. Something that plays directly into pushing users to purchase tons of Mirrorgems.

From what I have played so far Tales of the Rays has performed well on my Galaxy S8+. There has been no lag during gameplay, and the loading times haven't been too bad at all. Sure, the game's transitions could be a bit quicker, but seeing that this just released, it may take a few more updates for the performance to shine. You will also notice when you first open the title that you need to download some extra data. The thing is, this happens more than once, so you should expect to spend some time installing this game. Once it is fully installed, it should take up around 566 MB.

When it comes to the in-app purchases of this free-to-play title, it is no surprise to see that they go as high as $74.99 per item. The good news is that there are no advertisements to be found, which is sadly refreshing for this type of release. I also noticed that there is no support for Google Play Games and all of its features. The good news is that there is an option to sign in with a Facebook or a Bandai Namco account. This way you should be able to transfer your save data to a new device. While a synchronized cloud saving option would have been a better option, I suppose being able to transfer your save is something of a middle ground.

For me, the combat of Tales of the Rays brings back many fond memories of playing Tales games throughout my years growing up. But the main problem I take issue with is the fact that gacha weapon collecting will play a bigger role than player skill. This tends to be a sticking point for me, as I want to feel like I actually have something to do with my success, instead of simply grinding or paying for it. So it would seem that Tales of the Rays is in a weird middle ground of playing somewhat similar to its console brethren, but it still contains plenty of free-to-play mobile aspects that take a lot of enjoyment of traditional RPGs out of the equation. And the worst part about this whole ordeal is the fact that Tales of the Rays is so close to being a console quality game. I mean seriously, Bandai Namco could have easily created a console quality RPG for Android, but instead, they made this. 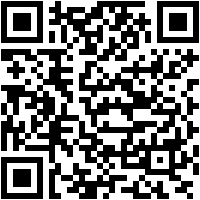