If you've been paying extremely close attention to the developer previews for Android O, you may have noticed that the updates for the Nexus Player have left behind the Leanback Keyboard in favor of the Gboard app. At the end of last week, Google took another step in the transition by adding an Android TV variant of Gboard to the Play Store. We can probably look forward to more frequent and feature-rich updates on Android TV with many of the benefits that come with the Gboard code base. 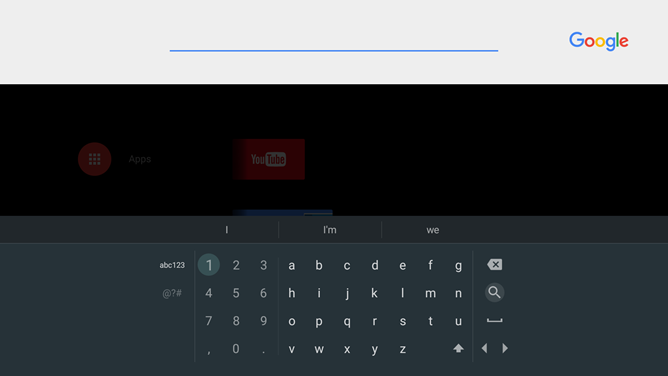 Since we didn't examine it closely before, and it's unlikely many people actively use a Nexus Player or installed the developer previews, it's probably worth a preview of what the keyboard looks like for everybody else. The latest version of Gboard is pictured above. It's a more recent version than the one included with Developer Preview 4, released today. The current version of the Leanback Keyboard is shown below, taken from an NVidia Shield. 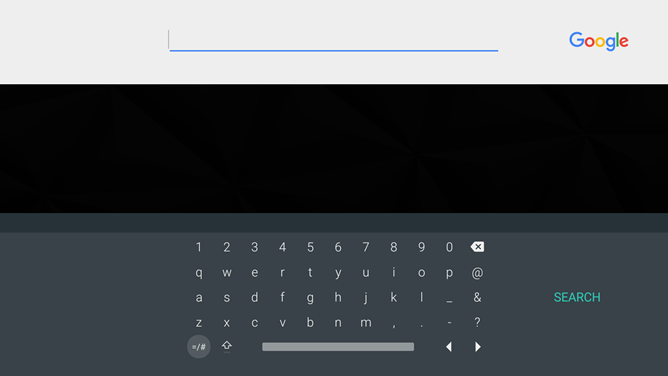 The keyboard layout is notably different with Gboard's arrangement placing a numerical keypad on the left and filling the right side with letters in alphabetical order instead of the more traditional QWERTY order used by the Leanback Keyboard. The button for switching between the standard keyboard and symbols was also turned into a set of tabs on the far left. Switching between those keyboards no longer requires a tap, you can simply move the cursor onto either one and it switches automatically. The huge space bar was also turned into a regularly-sized key on the far right.

If you happen to be coming from Developer Preview 3 and feel like something changed but can't quite put your finger on the difference, there are now arrow keys at the very bottom right corner. 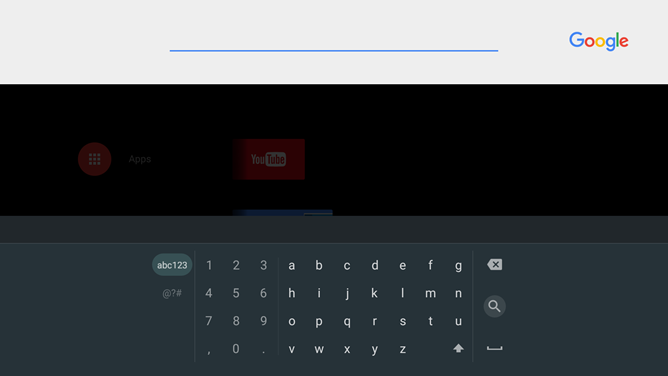 Don't be too surprised if you haven't seen the update on your TV or set-top box, the only version available at this time is for x86 devices running Android O. We're not sure if there will be an ARM version anytime soon or if versions of Android below 8.0 will get a variant.