There are more than 60 activities to keep the kids entertained, as well as videos and digital instructions to help them through the process. Vernie is joined by other programmable models, such as a cat called Frankie and a guitar. The app is necessary to control the robots, which it connects to via Bluetooth. The set is intended for children aged between 7-12, and it's hoped that the rudimentary "coding" experience will pique their interest in robotics and technology going forward. The app is compatible with phones or tablets running Android 5.0 Lollipop or higher, and also requires low power Bluetooth (4.1 or above). You can find out more on the support page. Thankfully, the app is free. That's just as well really as the hardware will set you back $160. You can pick it up from the official LEGO store or from Amazon, among other retailers. The app isn't compatible with any of my devices, according to the Play Store, but that's likely because I'm in the UK. Let us know in the comments if you manage to download it and get it running. 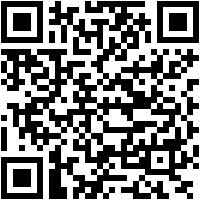