Netflix launched a speed test tool a while back in part because ISPs have been caught in the past doing shady things with Netflix traffic. The fast.com speed testing tool this week revealed Verizon has started throttling Netflix, and users report YouTube is also affected. So, what gives? Verizon says it's just testing some "video optimization" technology, whatever that means.

Using the Netflix speed testing tool, users of Verizon's LTE network appear to be limited to 10Mbps. This applies to unlimited as well as tiered plans, and it doesn't matter how much data you've used during the month. According to Verizon, video quality should not have been affected. That's possibly true in the case of streaming to a mobile device. However, using your phone as a hotspot for a computer can use up to 25Mbps on a computer streaming Netflix 4K. People streaming on YouTube claim Verizon's throttling has resulted in a noticeable drop in quality buffering.

We ran a quick test on Verizon, and the Netflix tool (which runs from Netflix's video servers) showed under 10Mbps down. The Ookla general speed test showed more than double that at 23Mbps down (and I live in a bad area for Verizon). Verizon claims the test, whatever its purpose, will end soon. 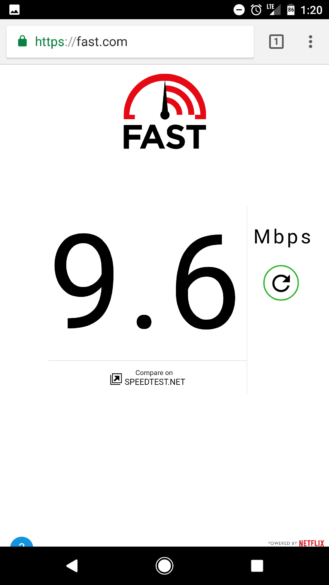 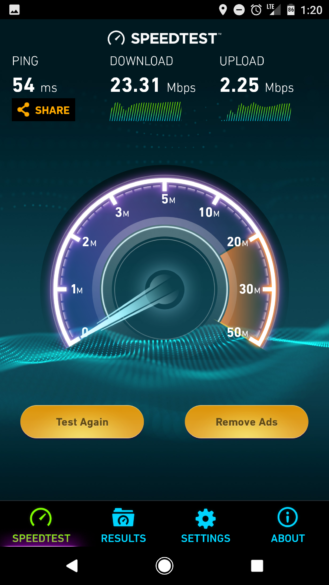 So, maybe limiting video to 10Mbps isn't a huge barrier right now, but what's Verizon planning to do with this technology? Certain throttling practices have been tolerated on mobile, even with the existing strong net neutrality framework. However, the FCC under Ajit Pai is currently working to overturn those rules, which would allow Verizon to throttle in a lot of new and exciting (for Verizon shareholders) ways.

[Deal Alert] Packt's eBooks are all on sale for just $10 each, including Android development ones