Pioneer is one of the most active manufacturers in the Android Auto head unit game, and that hasn't changed for 2017. The AVH-3300NEX, AVH-2330NEX, and AVH-2300NEX were all announced earlier this year, but they haven't been available for purchase until now. Interestingly, the 3300NEX is actually a single-DIN unit - a first for Pioneer's Android Auto lineup. 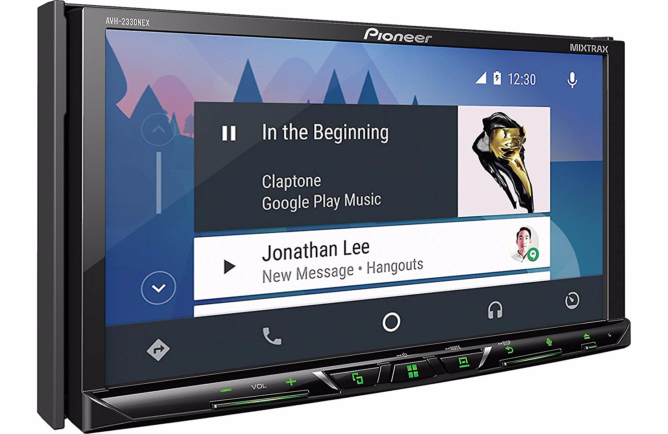 The trio all come equipped with 7.0" 840x480 resistive touchscreens, but only the single-DIN 3300NEX comes with a glass screen (the others are plastic). The 2300NEX and 2330NEX are virtually the same units, but the 2330NEX sports an HD Radio Tuner as well. It's not really clear why the 2300NEX exists at all, as they both cost the same $500 and are the same otherwise.