Anyone familiar with Level 5's Nintendo DS and 3DS puzzle adventure game series Professor Layton should be pretty ecstatic to hear that a full-fledged sequel, Layton’s Mystery Journey, is available on the Play Store today. You'll need to pony up $15.99 in order to download the title, but that's actually a deal when you consider that the 3DS version will cost more than twice as much.

Now I know many of you will scoff at that price, but it's not all that bad, so please read on to hear me out. You see, previous DS and 3DS Layton games have all released on those consoles at a $40 price point. The thing is, Layton’s Mystery Journey on Android has an additional cost on top of the $15.99 price tag. There are in-app purchases that go up to $15.99. These IAPs are used for new clothing options for the main character as well as a new puzzle to solve. This means they are mostly optional to the gameplay. If you do decide to purchase the IAPs along with the game, the total will be $32. The 3DS version will obviously not have these IAPs, as it'll already contain all of this content for its full retail price of $40. But you see, by splitting up the cost of the Android version, you are given the option to acquire the title at a lower price without missing out on much other than cosmetics. So while $15.99 sounds high for an Android release, it's actually a steal when compared to the normal pricing of its console counterpart.

Which brings me to my next point, Level 5 is a highly regarded publisher, at least in the console market of video games. Their Layton series features well-polished animations and stories that have been compared to Miyazaki and his Studio Ghibli films. Which makes sense, since they collaborated on Ni no Kuni: Wrath of the White Witch. That in and of itself is pretty high praise, and frankly, I don't disagree. If you take a closer look at the art direction in the Layton titles, you will easily see how superb it is. In my opinion, the series exudes a very French feel, similar in style to Sylvain Chomet's animated films The Triplets of Belleville and The Illusionist. Honestly, there's no arguing with how great the Layton games look, especially with this Android port. When you consider that the 3DS version of Layton’s Mystery Journey will only display at a 240p resolution, the Android version's HD content makes it the best looking option by default. 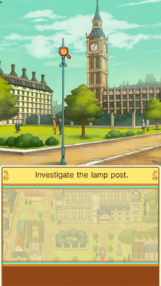 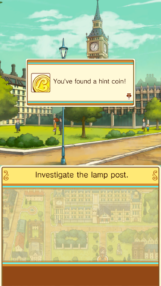 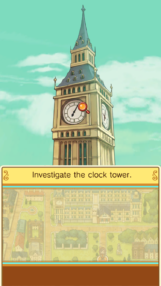 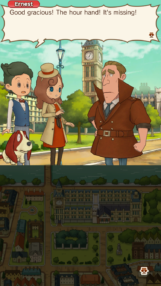 But sadly it would appear that Level 5 doesn't have the best track record when it comes to Layton titles on Android. They had previously released another Layton game that goes by the name Layton Brothers Mystery Room. It was published way back in late 2013, and it has not received an update past that release year. Considering how buggy the title is and the fact that Level 5 has cared so little about fixing it or showing proper support for compatibility, I'm left with some trepidation as to whether Layton’s Mystery Journey is worth purchasing. Should we trust them to keep it in working order in the years to come, when their track record says otherwise? After all, $15.99 is still a lot to spend on an Android game, especially if it's not going to be supported past its initial release. Sadly, only time will tell whether or not Level 5 is finally up to the task, though I do like to stay hopeful.

Of course, I would be remiss if I didn't explain to any newcomers of the series what type of gameplay should be expected. As stated above the fold, Layton’s Mystery Journey is a puzzle adventure game. Essentially you travel around an assortment of locales while trying to solve mysteries by way of decoding differing puzzles. Now, since this title was originally designed for the 3DS, you'll have to consider that it's a title suited quite well to a touchscreen display. But because of the dual-screen design on the 3DS, you'll quickly see that the screen of your phone or tablet is split into two parts, consisting of a top and bottom. You will interact with the game's puzzles on the bottom of the screen, and watch storied events at the top. Normally there's a heartfelt saga for the player to follow along with as a means to connect all of these puzzles. So you can also expect content very similar to a visual novel. 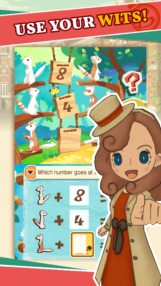 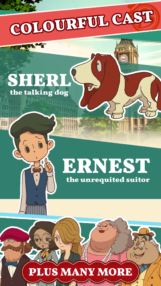 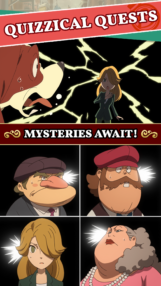 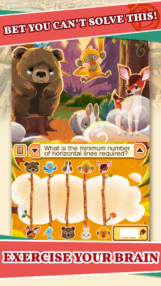 While I have yet to play Layton’s Mystery Journey, (this article is supposed to be a release announcement, but there were a few things I felt needed clarification) there does seem to be a lot to like about this title. First, it's an offline game, so you'll be able to play it anywhere you like without worrying about an internet connection. There's also the fact that it comes from a well-known studio that creates games with a lot of polish. Sure, their track record on Android leaves me with a few worries, but I'm hopeful that Level 5 will do the right thing and support what many Android gamers will consider an expensive release. So I suppose it just comes down to what you the readers think. I have heard complaints that there are hardly any quality games on Android with a worthwhile pricing model, something I wholeheartedly agree with. Many also raise an issue with the fact that most "real" games don't work well on touchscreens, another point that I agree with in full. But here we have a release that is actually cheaper than its console counterpart and it is designed to work offline as well as with touchscreens. So while I can appreciate that a puzzle adventure game may not be to everyone's taste, isn't Layton’s Mystery Journey exactly the type of release that every Android gamer has been asking for? 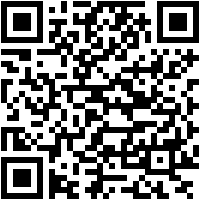 Opinion: Good smartphones are getting more expensive - because we're demanding more from them

[Update: It's live] OnePlus 5's 911 rebooting issue will be addressed in a software update soon