Google launched an app on iOS last year called Motion Stills that could capture short videos as GIFs with advanced stabilization technology. Android users were a bit miffed to be left out, but Google has finally produced an Android version of the app. You can grab it now in the Play Store.

Motion Stills is basically a GIF camera with some fancy software tricks. In the default mode, you can capture a three second looping clip. The app has powerful stabilization capabilities, so the final result looks almost like you had your phone on a tripod. There's also a fast-forward mode reminiscent of Microsoft's Hyperlapse. You again get super-stabilization here, and you can shoot videos up to a minute in length (much shorter when rendered).

Google says it revamped the Motion Stills app for Android, including a new streaming pipeline. That means the app processes each video frame as it's being recorded. When you're done, just swipe up to see the finished product. All the videos you capture can be exported as a GIF or the original video. The quality of your GIFs can be adjusted in the settings as well.

Motion Stills is live in the Play Store for all phones and tablets running Android 5.1 or higher. We've also got the app on APK Mirror. Google notes this app is still experimental, so you might run into some odd behavior. 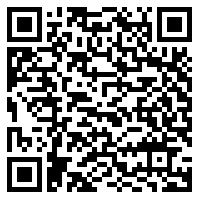