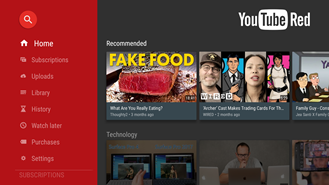 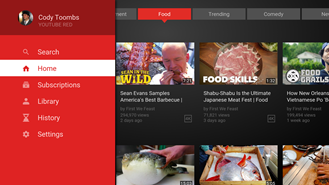 From the first moment you look at the new YouTube for Android TV, it's immediately clear things have changed. The basic structure still remains to conform to the design guidelines for Android TV, but many things have been added or moved around. The navigation drawer on the left side is much lighter with the removal of the entire list of channel subscriptions and several other options, most of which have moved to the Library screen. It also shows the signed-in account at the very top, so users don't have to deduce it from the recommendations or look in settings to figure it out. 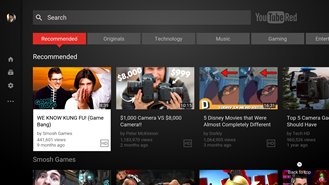 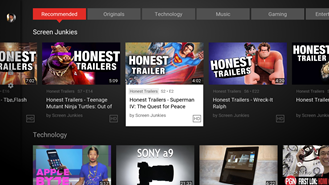 The color theme features darker shades in the background and uses white backgrounds to highlight selected elements. When the side drawer is collapsed, it shrinks to a column of icons on a transparent background and continues to show cards as they slide by. I'm not really a fan of the way the cards remain highly visible under the sidebar icons. 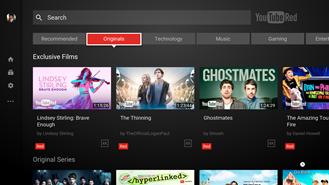 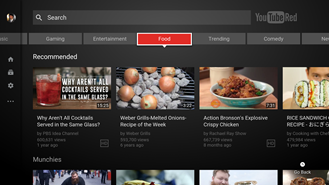 Across the top of the Home screen resides a row of topical areas, starting with your recommendations and YouTube Red Originals, then following with a short list of broad topics like Food, Beauty, and Gaming.

Similar changes have been made to the search interface. It remains essentially the same functionally, but it now takes slightly more effort to reach the search suggestions. 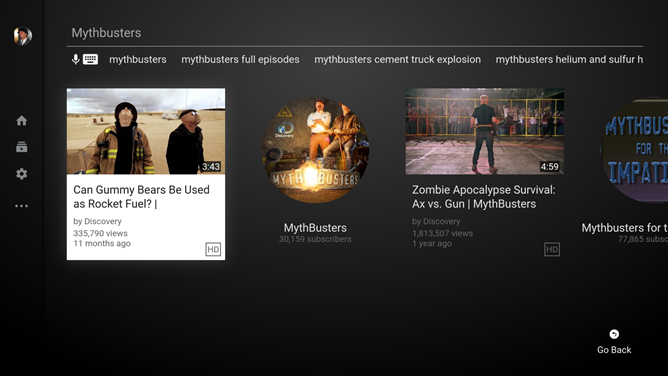 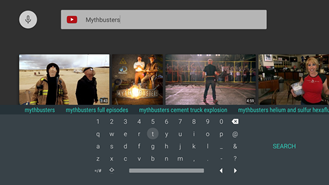 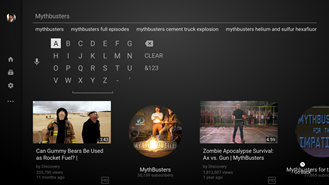 YouTube is all about videos, and there are certainly some notable changes there. Visually, the most notable change is that the big red control bar is gone, leaving much more of the video visible. The new look closely resembles YouTube's regular app for phones. 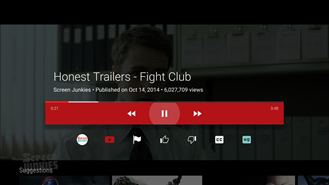 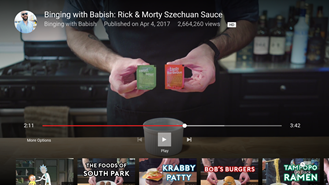 Buttons for skipping forward and backward in a video have been replaced with Next/Previous buttons. When either button is selected, it pops a thumbnail for the video that would be shown. All of the buttons that previously sat below the control bar have also been hidden to be less distracting. They can now be revealed by hitting the new More Options button.

With the skip buttons gone, moving through a video is now done by opening the player controls and using the up button to reach the seek bar. From here, just use the arrow buttons to move to the left or right. Thumbnails of the video are shown at regular intervals, which makes it much easier to find the place you want to be watching.

In my opinion, the best part about this update is the new auto-play screen that appears at the end of videos. When the old version of YouTube finished playing videos, it would instantly and automatically begin loading the next video with no pause or opportunity to delay it. The new version gives users about five seconds to see what is coming next and take an opportunity to bail out or select a different related video. Alternatively, just like the phone app, you can open up the settings and simply turn off auto-play if it doesn't suit you. 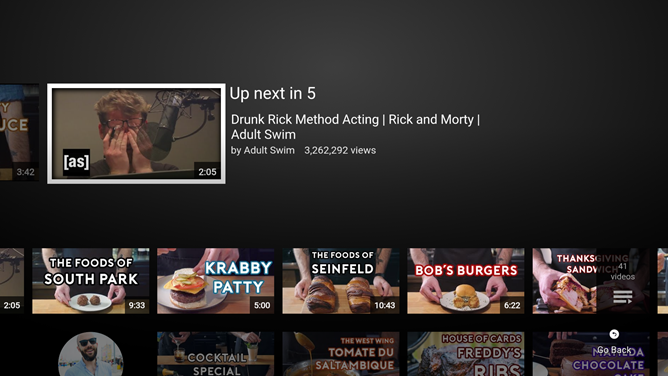 It's not a terribly exciting screen to check, but even the Settings screen has been redesigned. Instead of a grid of small-ish tiles, the new Settings page is a long row of oversized tiles spanning to the right. 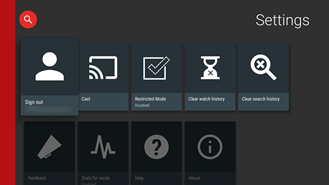 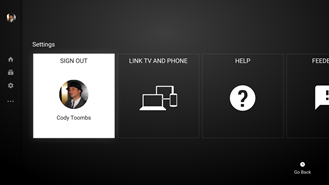 This is probably the only screen where I'm unhappy about the changes. It's more work to reach toggles at the end of the list. I would assume this change was made for users that can't easily read each config option from across the room.

We previously only had the x86 version uploaded on APK Mirror, now we also have the arm version in case that's the one you need.

[Update: In silver] Nokia's flagship phone will likely be called 'Nokia 8,' with Snapdragon 835 ...