Prime Day may have come and gone, but that doesn't mean that the deals have stopped rolling in. The Sony Xperia XA Ultra can be had for $199.99 from both Amazon and B&H, which is a total savings of $100. 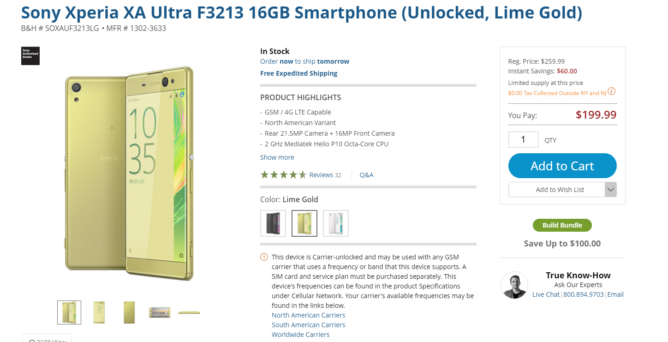 It is definitely worth noting that only the black version is on sale for $199.99 on Amazon, while B&H has both the black and lime gold (blech) editions for $200. So if you were hoping for the white model, I'm sorry to disappoint you. As usual, hit up the source links below to get started.

Nintendo Switch Online app shows up on the Play Store, but it doesn't work yet