Since my introduction to the brand a couple of years ago, V-Moda has quickly become one of my favorite audio companies. Solid sound and performance, paired with impeccable build quality and distinctive styling make the company's products easy to like and recommend. I thoroughly enjoyed the Crossfade wireless headphones when I reviewed them a year ago, and though I had a few small issues with the headphones, I was impressed overall.

When presented with the opportunity to review the newly released Crossfade 2 Wireless headphones I couldn't wait to try them out. In their press photos they looked an awful lot like their predecessor. Are they the same headphones with a new coat of paint and a higher price tag, or are they improved enough to be worthy of consideration over the original Crossfades that are already great? Read on, and you'll find out.

As I said before, the original Crossfade wireless headphones are a great set of cans, with just a couple minor issues. I'm happy to report that almost every one of these issues has been addressed. While the new headphones look almost identical to their predecessors, a closer inspection reveals a number of small, yet appreciated changes.

The layout of the new Crossfade Wireless 2 headphone's controls is identical to that of the previous generation. The buttons for controlling playback, volume, power, and pairing are all found on the right ear-cup. The controls' feedback has been noticeably improved, with nice clicky buttons replacing the rather mushy ones in the original Crossfades. The shields on the sides of each cup can be easily removed and replaced with custom shields which can be ordered directly from V-Moda. They are available in a whole host of materials including some obscenely expensive options crafted from 3D printed precious metals. 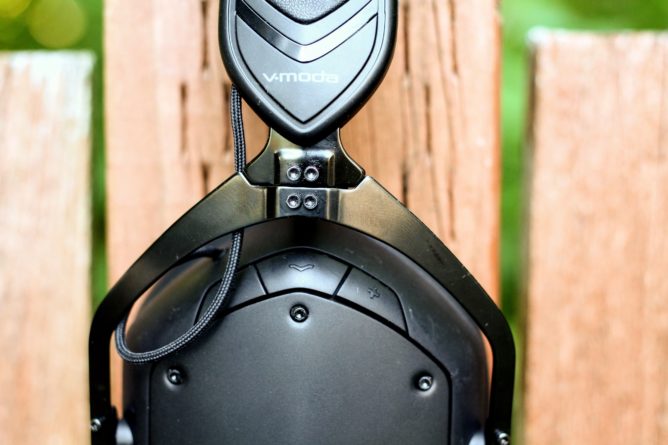 A 3.5mm audio out port is at the base of the right ear-cup and a Micro-USB charging port is at the bottom of the left. I would have like to have seen a USB Type-C port in this iteration as more and more of my gadgets are using the new connection, but it's not a big deal. 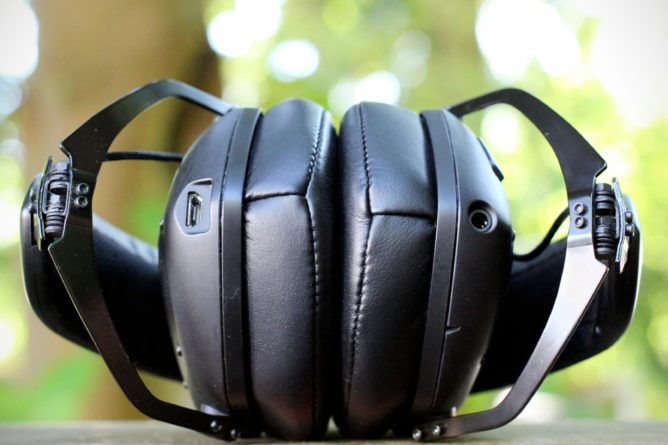 Portability has also been enhanced considerably by adding a new 'Cliqfold' hinge to the headphones which lets you fold the ear-cups upward towards the headband, making them far more compact. The hinge feels very solid and I have no doubt it will hold up well to repeated use. I appreciate that the cans fold with the vinyl ear-cups face each other instead of the backs of the headphones. This prevents the backs of the headphones from rubbing up against each other, which could mar the finish or shields. That's particularly important if you opt to buy some of the optional (and ludicrous) 3D printed shields made from precious metals as they cost several thousand dollars. Yeah, you wouldn't want to scratch those puppies. 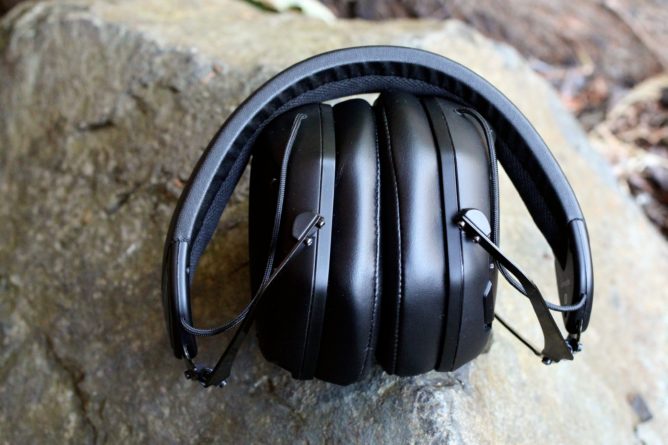 Battery capacity and battery life have been increased and the CW2 have an advertised run time of 14 hours now – a couple hours longer than the CW1. I haven't tested their longevity in any formal way, but a full charge lasts me well over a week of sporadic use, so it's more than sufficient for most people's needs. With the added battery capacity also comes a slight increase in weight. Tipping the scales at 309 grams, these are among some of the heavier Bluetooth headphones I've tested. In addition to the weight, the clamp strength of the vinyl-wrapped steel headband is also quite strong. Those factors make the headphones fatiguing during extended use (longer than 2 hours). 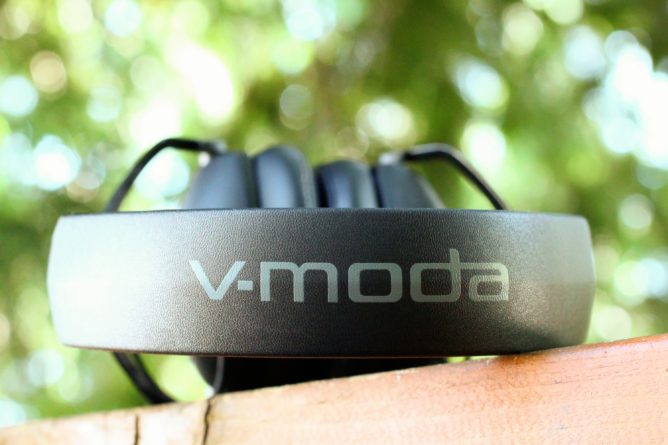 The good news is that the pressure from the tight fit is offset by newly designed memory foam ear-cups covered in 'vegan leather' (read: vinyl, albeit very nice vinyl) that are nearly twice as thick as those on the original Crossfades. The new cups are significantly more comfortable but they still tend to get warm when worn while doing anything strenuous, like mowing the lawn or working out. While the pads are thicker, the cups aren't any larger. If you've got ears like Dumbo these might not fit you very well. 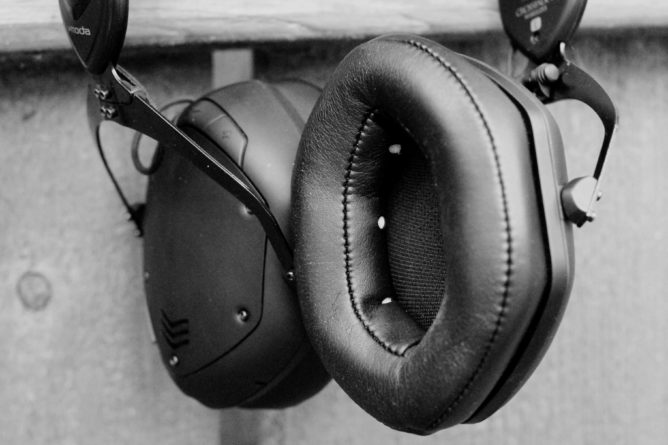 As the Crossfades 2 Wireless fold into a smaller package than the previous headphones, the included protective case is more compact. As with the rest of the package, build quality is top notch. The case is constructed from a semi-rigid fake leather and is molded to perfectly fit around the folded headphones. Silicone plugs in the shape of three V-Moda logos at the center of both sides of the case can be removed to expose vents. The vents let the headphones breath and air out if you put them away wet and sweaty. Kinda gross to think about, but it's another example of thoughtful design on the part of V-Moda's designers.

The original Crossfades sound great, so I had high expectations for the updated model with the new 50mm dual-diaphragm drivers. In short, I'm not disappointed. The C2W sound fantastic. As was the case with the previous gen cans, bass is prominent, but not overbearing. If you are a fan of a balanced sound profile, then these might not be for you. However, if you are a bass-head like me who likes to feel your skull vibrate when you listen to low-frequency tunes, then you will get along just fine with the Crossfade 2 Wireless. 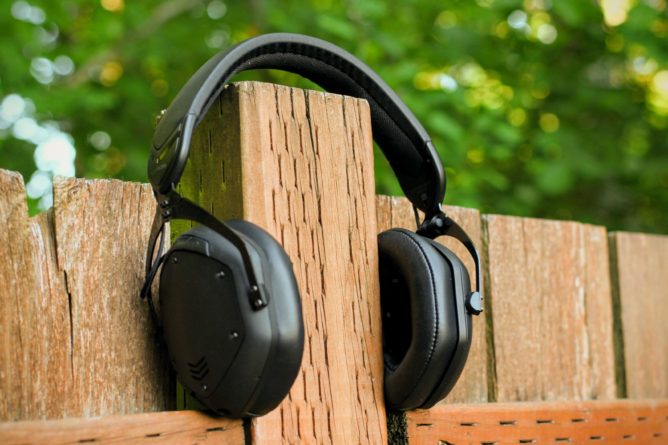 The bass, while pronounced, doesn't obscure the balanced and crisp highs the headphones deliver. They dance at the top of the sound spectrum, clear and unperturbed by the moderately heavy low-end. Mids do take a bit of hit on certain tracks, but not to the extent they do on the original Crossfades. The mid cut-off isn't always apparent, but male vocals parts and some guitar chords on certain songs were a bit obscured at times. But really, I'm nitpicking, they are a delight to listen to.

Volume is never an issue in wired or wireless mode. The cans can put out more sound than my ears can tolerate without distorting. At low volume (less than 20 percent) bass recedes quite a bit, but other than that entirely common effect, music still sounds rich and pleasant. The headphones sound perhaps slightly better when wired than they do wireless, but it really is hard for me to differentiate. There may be even less discernible difference in the rose gold model of the headphones that support aptX and a slightly higher price tag ($350). 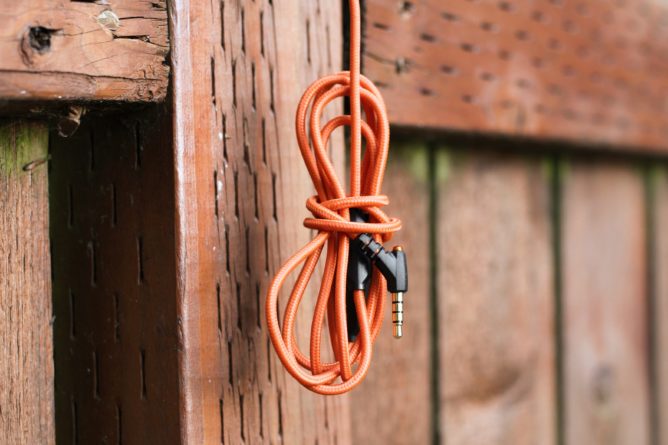 Speaking of which, I find it a rather odd decision to include a feature like aptX in just one color variation of the headphones. What about people who prefer the jet black color (the color of my review unit) but want aptX? It's a weird marketing decision, but this is a company that sells solid gold custom shields for thousands of dollars for $300 headphones, so I guess some odd decisions from V-Moda are par for the course.

At $300 I really would have liked to have seen noise cancelling added to the updated Crossfades. Headphones at this price from competitors Bose, Sony, JBL, and others almost all include NC technology, and it's the last box I need checked for these to be among my favorite travel headphones. I will say that the plush ear-pads do a pretty good job of blocking ambient noise, but still, that's not quite the same thing. Maybe next time V-Moda? 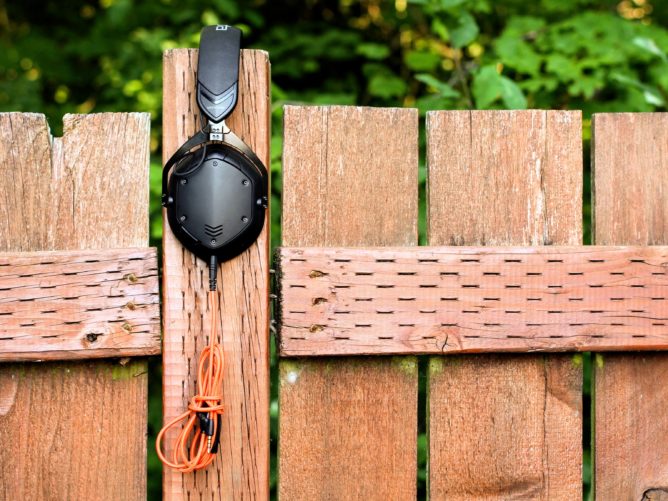 Call quality on the Crossfades is not great. Voices echo and they pick up a lot of background and wind noise. When in wired mode call quality is somehow worse, with muffled and scratchy audio. I tried using the headphones while gaming on my Xbox One, but my friends had a hard time hearing me and Cortana missed most of my vocal cues (she's normally pretty good at hearing me). V-Moda does sell a boom mic that I would imagine helps with voice quality, but without it I don't recommend using the headphones to take calls.

The Crossfade 2 Wireless are a very likable set of headphones and are mostly great. They are certainly improved over the original Crossfade Wireless which were already great headphones. Yes, they are pricey, a bit heavy, and their goth-industrial styling certainly isn't going to appeal to everyone, but if you've got the cash and like their looks, you're going to really enjoy these cans. They've been over-engineered in a delightful way and make almost anyone who tries them on feel bad – the good kind of bad. Seriously, as a rather nerdy 31 year old dad of three who buys most of his clothing at Costco, I feel way cooler than I have any right to feel when I wear these headphones. 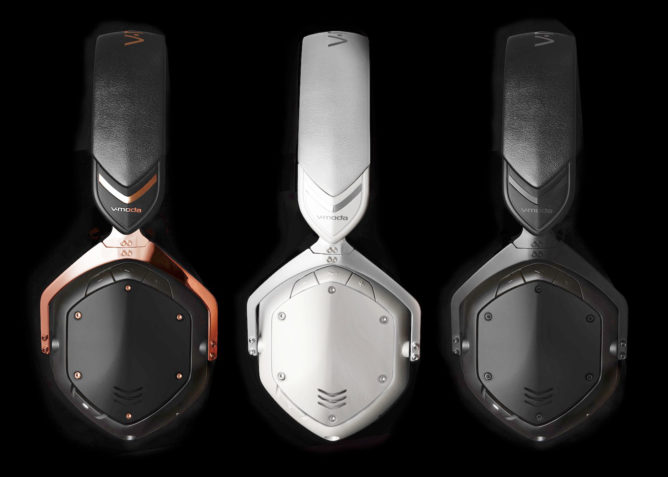 If you're interested in grabbing a pair for yourself, they are available at both Amazon and V-Moda for $330 or $350 depending on the color you choose. Black and white are the lower priced options and the rose gold model with aptX costs $20 more (this is still silly). The cans cost the same at both sites, but the black and rose gold models are currently back-ordered at V-Moda. You do get a free set of custom plastic or aluminum shields when you order direct from V-Moda though, so if you are the patient sort it may be worth buying directly from the source.

Do you have any questions about the headphones? You know where to put them, I'll do my best to answer them.