The fault lies in a recent update to 'TouchPal Keyboard for HTC,' also referred to as 'TouchPal Sense Edition,' which HTC has included as the default keyboard on a wide variety of phones. It's even bundled on the company's latest flagships, including the HTC 10 and U11. Understandably, people are not happy at all about ads on their keyboard.

The default keyboard on my @HTC_UK 10 now displays adverts. You're kidding, right?? @htc

@htc update and take these ads off the keyboard or I'm switching phones!!! F*cking annoying and unnecessary! #FixIt pic.twitter.com/zbwWhO3V6O

In response to the complaints, the official HTC Twitter account is asking users to uninstall all updates to the keyboard app. But as I'm sure many of you can guess, this is just a stopgap measure until the keyboard updates through the Play Store again.

Judging from HTC's response, it seems likely that TouchPal added advertisements to the keyboard without HTC's knowledge/approval. The app listing in question is published by TouchPad, after all. But both companies are definitely at fault here; HTC shouldn't let another company control such a vital component of its products.

If your phone has the TouchPad keyboard installed, I recommend switching to Gboard. You won't see ads, and you'll get some neat features like automatic translation. But if you really like TouchPal, Jonathan in the comments pointed out how you can disable the ads:

I was able to easily turn the ads off, however. No need to install a different keyboard. In the touchpal general settings, there is an option called "keyboard recommends".

The TouchPal keyboard also has a new $5/year subscription that enables new features and disables ads. But I'm not really sure who would pay to remove ads on a keyboard.

In a statement given to Engadget, HTC has acknowledged that the ads were an error that they're working on quickly removing:

Due to an error, some HTC customers have reported seeing ads on their phone's keyboard. This is absolutely not the experience we intended, and we're working to immediately fix the error and remove the ads as quickly as possible. 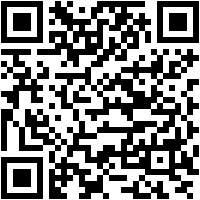