Google recently made some significant changes to its Play Music app for Android, adding a search history and notification channels for use with the upcoming Android O release. That was followed up with the addition of New Release Radio, a personalized mix of recent releases similar to your own collection. Thanks to a couple of tips, we've also become aware that Google is testing a couple of small improvements to search in the app, namely a play button and album art for top results. 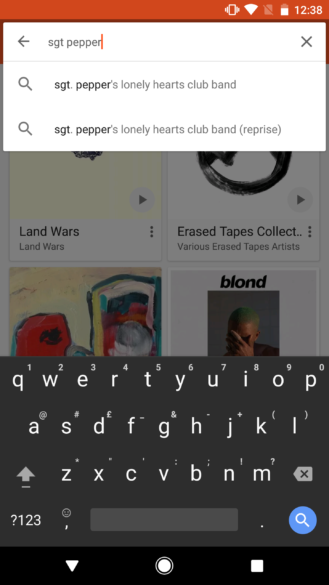 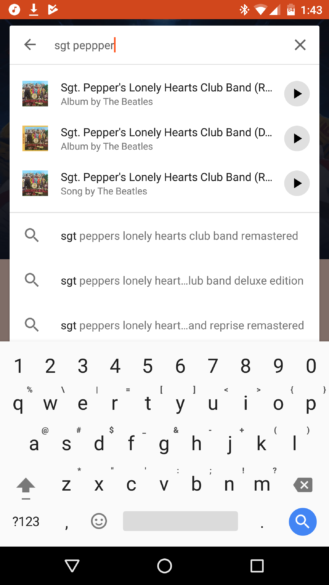 As you can see from the screenshots above, the new UI includes top results for your search, including album art and the ability to start playing them instantly via a play button. I've tried to induce the new behavior on Nexus and Pixel phones with various versions of the app right up to the most recent (7.10.5022-1.T.4178353) and haven't had any luck. That would suggest this is just a test sent out to a small number of random devices. Artem has seen the new UI in version 7.9, so it's certainly not exclusive to the most recent release.

While tests of this nature are carried out all the time and often go nowhere, I would be surprised if this wasn't rolled out to everyone in an upcoming release, as it looks like a useful improvement. Only time will tell though. Let us know in the comments if you've seen this new behavior, and if so what do you make of it?

The latest version of Google Play Music is available on APKMirror for those it hasn't yet rolled out to.

[Update: HTC is working on a fix] HTC's TouchPal Keyboard has started to show ads to users