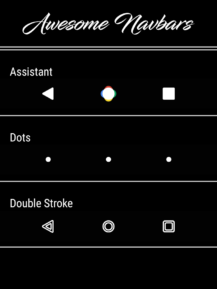 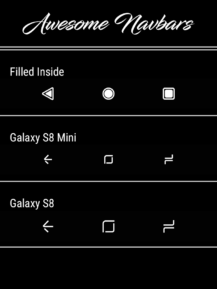 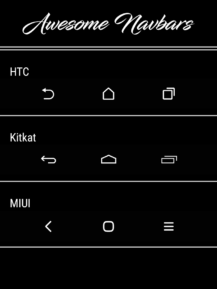 There are 27 options to choose from, including those from older versions of Android like Lollipop or KitKat (a personal fav of mine as it reminds me of my Nexus 4). Some specific devices are covered, like the Galaxy S8 or Google Pixel, and manufacturers like HTC and Sony have also had their default navbars imitated. There are also some more generic options like dots or squares if that's more your style. The developer has already added new options since the app launched so you can expect more additions in the future.

Take a look at the below video for a tutorial:

You'll need to already have Substratum installed for this to work, which you can download from the Play Store or APKMirror.

Awesome Navabars is usually $0.99 on the Play Store but is currently free for a limited time, so now's the time to grab it. Let us know what you make of it if you do. 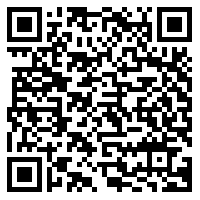 [Update: HTC is working on a fix] HTC's TouchPal Keyboard has started to show ads to users

Samsung Pay now supports PayPal in the US