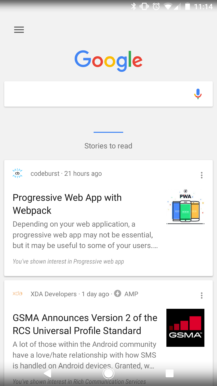 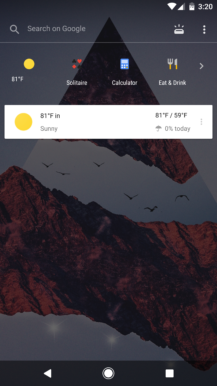 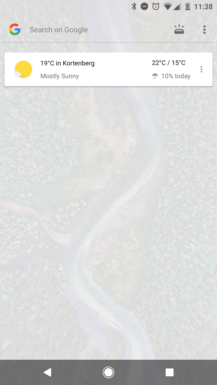 The new design has a translucent background instead of a fully transparent one, which is definitely an improvement in my opinion. The only other change seems to be the removal of the quick access toolbar, but that could simply be a result of this user not being enrolled in the same server-side trial.

The changes only seem to affect the Google Feed page on the Pixel Launcher, the actual Google app hasn't been altered (yet). Let us know in the comments if you have the new Feed interface.

TWRP released for Snapdragon Galaxy S8/S8+, but not the US models