The changes in v13/13.1 are in response to adjustments by Google last month that triggered SafetyNet if you were using Magisk outside core-only mode. Topjohnwu worked out a fix pretty quickly, and v13 sat in beta for a few weeks, but now things are ready for prime time. The biggest change — which might have something to do with the new SafetyNet workaround — is that now MagiskSU, magiskhide, resetprop, and magiskpolicy are all one binary. And, if you are running Android O, v13.1 has been tested to work on DP3, so you can have some root with your developer images. 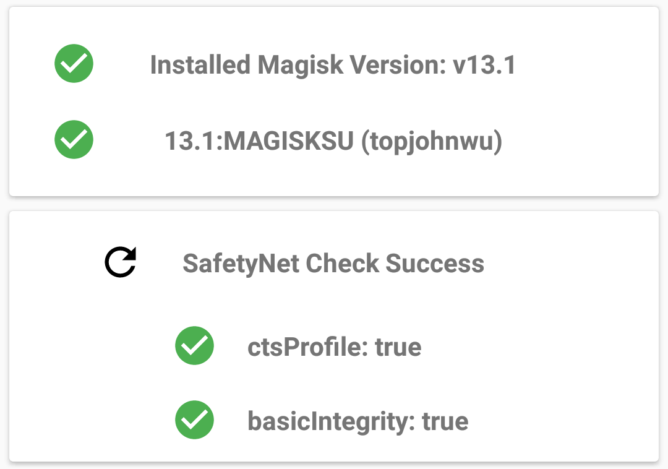 Google's recent changes to SafetyNet may have worked around Magisk's ability to hide root outside core-only mode, but as of the latest version, that's no longer a concern. While it would certainly be nice if every app simply allowed root to be a user's prerogative, this update ensures that we can make that decision for ourselves. Now, in addition to root, you can continue to make use of modules and the other additional features provided by Magisk, all while escaping SafetyNet detection.

You can download the latest recovery flashable zip image over at the XDA thread for Magisk. If you already have Magisk installed, to update you just need to download the latest version of the Magisk Manager APK, which is also included over at XDA, and update things inside the app. You may need to re-toggle Magisk Hide before SafetyNet inquiries are passed.

The full changelog (which includes the v13 changes) is below:

There's a bug-fix release out now, 13.2, that fixes a few issues you may have run into on 13.1. Some Marshmallow devices were having a bit of trouble getting root, as well as a few other miscellaneous problems with things like MagiskHide. You can download the latest version the same way as before, either as an update via the Magisk Manager app or over at XDA.

Magisk developer topjohnwu would also like to remind module developers to update/migrate their projects to the v4 template format, as earlier v3 modules will be broken in a future release.

TWRP released for Snapdragon Galaxy S8/S8+, but not the US models