Obviously, Virtua Tennis Challenge is an older game that shows its age, but it appears to be the advertisements and poor controls that are actually weighing it down. After booting up the game, I went through the menus picking my mode of play and character, only to see an ad before the first round of the game even starts. While I can understand wanting to make money with ads, the fact that you can't even get into a single match before they are shoved in your face is pretty lame.

It is also worth pointing out that Virtua Tennis Challenge was already released on Android five years ago. The last update this version received was back in 2013. So, like the majority of Sega's older games on Android, it was completely forgotten about shortly after its release. And with the advent of this new Sega Forever version, the old version was delisted from the store on July 5th. While those who purchased the original can still install it from the Play Store, there is no doubt that it is only a matter of time before it stops working altogether. Now, the problem I see with this is that many people already own this long forgotten about game, so why would they ever plunk down any more cash for the new updated version that Sega is supposedly going to support? Having to purchase a game twice just to receive updates is a pretty bum deal in my eyes. What is worse, with all of this effort by Sega to rebrand, I have yet to see them doing anything to rectify this glaring issue.

Considering that the Sega Forever program has not been received all that well thanks to the majority of these games containing sloppy controls and poor emulation, I have to really wonder if Sega will drop support for all of these Sega Forever titles just as they did with their previous versions. I mean really, how many times do I need to buy Sonic or Crazy Taxi because Sega can't figure out how to get their act together?

Another glaring issue with Virtua Tennis Challenge is that it clearly has no support for Google Play Games. While it is stated on their Sega Forever web page as well as this Play Store listing that each game will allow you to "Save your game progress," I do not see any way to save my game in the cloud. This seems a bit odd, as other Sega Forever games do have GPG built in. I suppose it is just another oversight by Sega in a long growing list.

So yeah, while it is nice to see Sega making an effort again on Android, what I have seen so far has been pretty lackluster. I can appreciate that Virtua Tennis Challenge is free, which allows anyone to play the game in order to see if it is to their liking. I feel this is a good move on their part as it is helpful to the consumer. But the fact that Sega has shown they can not be trusted to emulate their games adequately, create worthwhile controls on touchscreens, have any consistency with GPG, or show any remorse for re-releasing and charging for the same games they had already sold on the platform leaves me with little desire to download any of their games on Android, even when they are free. 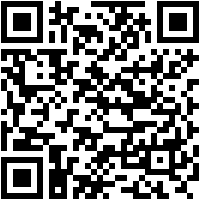 You can now book appointments at spas and salons on Google