Following an early access test for the Galaxy S8, Google has now released a new station for users of Google Play Music: New Release Radio. It's a daily mix of recently-released music based on your own tastes. Whatever you are into, each day you'll be able to check out the latest songs by your favorite artists.

Like all things Google, the new station leverages both the extensive data collected on your musical preferences and Google's tremendous capacity for machine learning to select singles and albums from the last two weeks. As someone who both lacks time to keep abreast of my favorite artists, and who makes extensive use of custom-created playlists like Spotify's Discover Weekly, I can seriously get behind this. Already I've found out that Rhye has two new songs out. 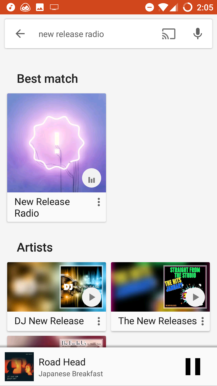 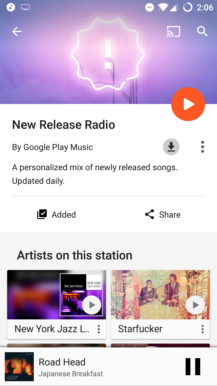 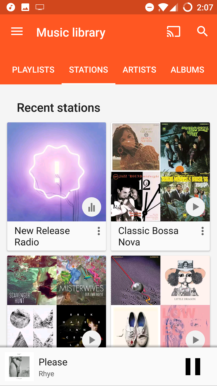 If you are a Google Play Music user, you can find New Release Radio in various spots around the service. But the easiest way to pull it up is just to search "New Release Radio." You can add it to your library right from the station listing, for easier access.

I will say that it does seem to be a bit repetitive, but since it can potentially have new content every day, and it won't pull in anything more than two weeks old, at least the turnover will be quick. That's a lot faster than Spotify's Release Radar, which only gets updated on Fridays. If you dig music but don't have the time to constantly keep up with your favorite artists' new releases, you should go check it out at Google Play Music.

Moto Z2 Play review: Not a bad phone, but still a step backward