Developed by highly regarded studio Telltale Games, in conjunction with Mojang, Minecraft Story Mode - Season Two brings you more of the same point and click adventure action that made the first title so successful. Protagonist Jesse returns for this all-new 5 part story arc and will be joined by returning characters plus plenty of new ones, too.

As before, you'll have to pay for each episode via an IAP, and that's after forking out $4.49 (£4.19) in the first place, so playing the game won't be cheap. Luckily, you can get 10% off the first episode for a limited time, so hurry up and download it now to make use of that. A list of compatible phones and GPUs can be found on the Play Store listing, so be sure to check that before you buy the game.

Here's the trailer to whet your appetite:

Reviews on the Play Store have been positive so far, but it's hard to know if they're mostly biased super fans or not. Let us know what you think about it in the comments. 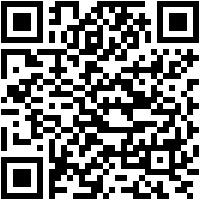