British luxury smartphone maker Vertu has been dealing with financial woes as of late, but it looked like the company might be able to pull out of its death spiral following an acquisition by Turkish businessman Murat Hakan Uzan. Vertu's new owner has apparently realized how hard it is to sell phones that cost tens of thousands of dollars. After trying and failing to settle the company's debts, Uzan is throwing in the towel. Vertu is closing up shop.

Vertu gained notoriety, or perhaps that was infamy, by selling phones with eye-popping price tags and a distinctive style. All Vertu's phones were handmade in the UK with premium materials like gold, alligator leather, diamond, and titanium. It also offered a 24 hour concierge service to buyers.

Vertu began life as an arm of Nokia, but was eventually cut loose to make smartphones running Android. For example, the Signature Touch collection cost $9,000 to $20,000. These phones ran a Snapdragon 810, a 5.2-inch 1080p LCD, and Android 5.1 Lollipop. It was a GSM/LTE unlocked phone that didn't have band 12 LTE. If that sounds like a bad phone, you have to remember that people who bought a $20,000 smartphone didn't care about LTE bands—they cared that the phone cost $20,000. There simply aren't very many of them. 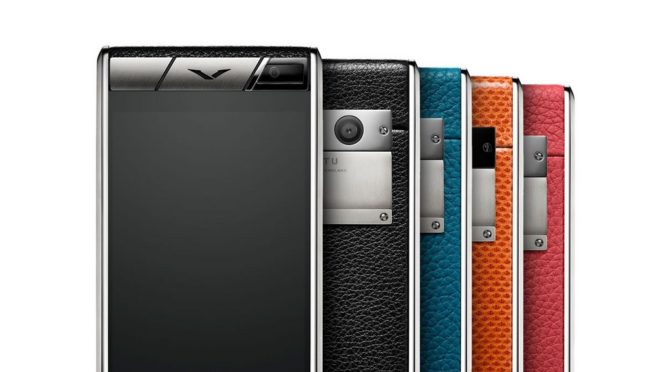 Uzan only acquired Vertu in March of this year. He attempted to settle the company's £138 million debt for £1.9M, but its creditors rejected the offer. So, Vertu's operations are shutting down immediately. It won't be making phones, and concierge services for previous buyers are being suspended. Uzan plans to bring that back later this year, though. The company's 200 employees are being laid off, but Uzan retains the design and technology licenses. Uzan recently invested in TCL, the maker of Alcatel and Blackberry handsets, so it's possible a Vertu-branded phone could be produced in TCL factories down the road. However, the days of the $20,000 Vertu smartphone clad in diamonds are probably over.