As you may have noticed, we have been running Google Funding Choices for the past month or so on Android Police. Today, I'm announcing that we're pulling support for it. Funding Choices is riddled with issues, and we get feedback about buggy or just plain awful behavior - like the whole site being blocked - every single day.

Funding Choices and Contributor 2.0 are easily the most beta products I've ever tested from Google, and are not ready for prime time. Even after launch, navigation on the backend dashboard site was not working properly, stats weren't updating, and are to this day a hacky collection of Google Sheets documents. 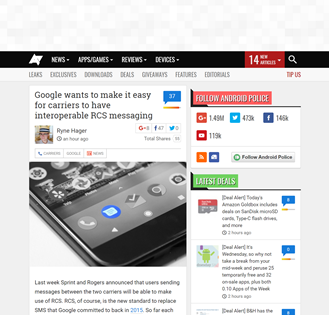 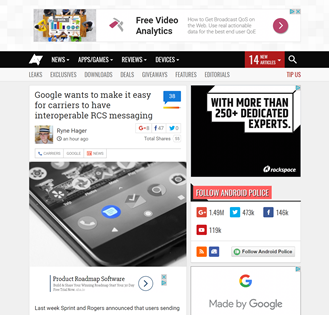 Android Police with Contributor experience (left), and without (right)

Ad blockers have quickly figured out how to get around Funding Choices' notifications, as well. It's a great system in theory, but in practice hurts readers and eats up my time. Even from the perspective of a user of the service, I have had issues. For example, Contributor fails to automatically top off my account as it should, my balance goes to $0 (it has now happened twice), and I start seeing ads again.

At launch (which, you may have also noticed, we didn't publicize at all), Google told us we were the fastest growing Funding Choices site. But that quickly plateaued, and a month later, only around 100 people use Contributor on Android Police per day. It's a drop in the bucket, and not worth the constant stream of complaints about blocked site access, like the one shown in the screenshot below. Some people have company-wide ad blockers and can no longer read Android Police. Many are false positives, too, which is even worse.

Hey @AndroidPolice, can't get to your site any more as my employer blocks ads at network level, not at browser level. Please help pic.twitter.com/zqyGop2ize

Google, being Google, also refuses to directly deal with users who contacted us for support. All we can do is direct such users to this black hole of a support page. It leaves me feeling so powerless in this process.

Another concern I had was the pay-per-view model. I was afraid that whether consciously or subconsciously, people would start visiting the site less, especially since homepage reloads are naturally counted as individual views. This model also doesn't seem to be what people actually want. According to this poll, the majority of you prefer an all-you-can-eat system with a flat monthly fee, which Google Funding Choices doesn't support.

The only real way forward, I believe, is our own subscription system. This is something which I have talked about in the past; handling user accounts, recurring billing, ad blocking, all-you-can-eat rather than pay-per-view pricing, etc. - developed on our own. That way, we could control the full experience without punishing readers. But it's a complex project, and unfortunately I haven't been able to get it rolling, having hoped for 3rd-party solutions to come through. (We have developers working on features and fixes at Android Police daily, so it's clear I need even more help - give me a shout if you think you have the chops. An older job listing with qualifications is here.)

If you've been a Contributor user enjoying the ad-free experience across your devices and contributing to AP, I'd like to thank you, but unfortunately you've also been part of a failed beta test and will start seeing ads as soon as Funding Choices is gone (I think the contract requires a 14-day notice, which I gave yesterday). I hope that when we're back, the new solution will be more bullet-proof and robust. Until then, thank you again for sticking with us as we gave this experiment a shot.

If you use an ad blocker and do want to support Android Police in some way, we've set up this page for PayPal contributions.